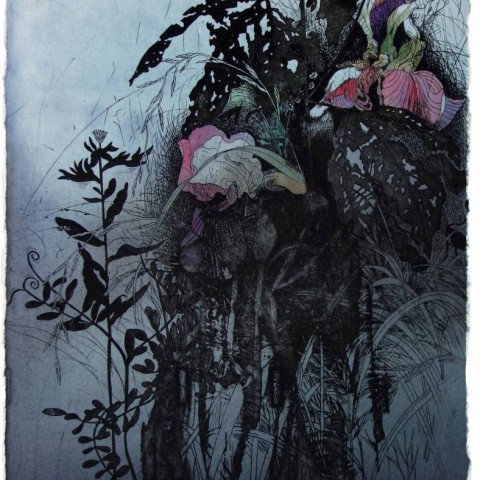 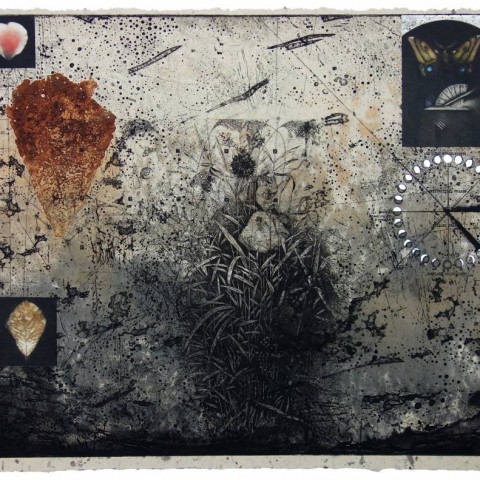 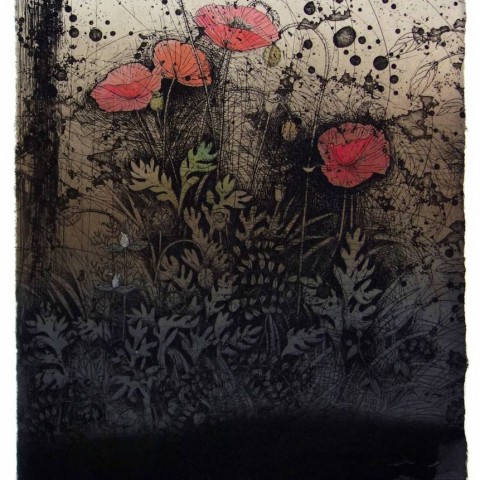 Yoshio Imamura’s solo exhibition at Salon Galić marks the beginning of the ninth Splitgraphic biennial. Its program will take place in 2019 and in 2020, marking over 15 years of Splitgraphic’s activity through a series of different exhibitions and collaborations. This exhibition is a continuation of a partnership between Splitgraphic and HULU (Croatian Association of Visual Artists), which was initiated in 2017. We can already speak of an established pattern of an exhibition cycle: solo exhibition “Found Images/Pronađene slike” by Wojciech Tylbor-Kubrakiewicz, followed by a group exhibition “Mlada litvanska grafika” / „Young Lithuanian Graphic“ (with the Vilnius Graphic Art Centre, Lithuania) which will find its sequel in 2020 (exhibition  “Basquegraphia – Fig Bilbao”).

Yoshio Imamura (1948) won the Grand prix award at the 8th Splitgraphic biennial (2017). The artist also received the Special Award at the 4th Splitgraphic (2009). Imamura is a renowned master of today’s graphic art, as well as a member of the Japanese Print Association.

Yoshio Imamura’s graphic art sheets presented in Salon Galić are all connected by the same „thread“: traditional and contemporary elements of Japanese graphic art, the use of the traditional Japanese woodblock technique combined with other graphic techniques – Imamura chooses copperplate printing, mezzotint; themes related to nature and the universality of existence, perfect and minute technical performance, as well as the visual language and sensibility.

Yoshio Imamura is inspired by nature in his environment, mountains (where he lives, 4 hours away from Tokyo and all urban agglomerations). He is driven by the changing of seasons and the change it brings to the world of plants and animals. Fluctuations in the natural world remind him of the fragility of human existence. He is trying to record these changes and colors in his art, carving them first into copper plates and printing them on paper.

Imamura’s graphic art oeuvre shows his belonging to the Japanese culture heritage (tradition of graphic production), as well as belonging to the circle of Japanese contemporary graphic art, where oftentimes technical skills are highlighted. Graphic arts are largely determined by the technique and the principle of re-productivity within prints as original art pieces. Contemporary Japanese printmaking is marked by technical perfection and contemporary expression. Contemporary Japanese prints are rather homogenous, and it can be read from our approach to the medium, seeing it as original art. Unlike European graphic artists (who see printmaking as an „extra-curricular“ medium, next to painting and sculpture), Imamura and other Japanese artists deal exclusively with printmaking. Imamura shows respect for the medium, the understanding of its laws, limits and freedoms, the will to enhance its technical and style characteristics. Japanese woodblock tradition is the foundation of the Japanese graphic expression, but this tradition doesn’t stop moving towards contemporary graphic art techniques or combining them with other “Western” techniques. Imamura’s expression possesses the urge and freedom to show motifs and themes with several meanings. Using universal themes of nature and humanity, he questions existence, time, transience – leaving visual notes and messages that are to be deciphered by us as observers.

A selection from this Japanese master’s oeuvre offers a certain homogeneity of the concept of Japanese graphic arts in terms of tradition, freedom of expression, the artist’s wishes and creating an original graphic art piece.