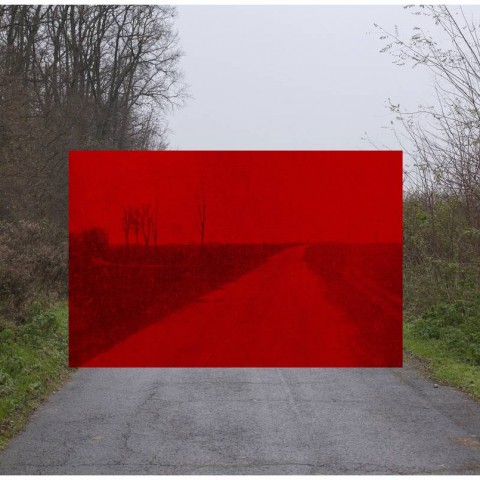 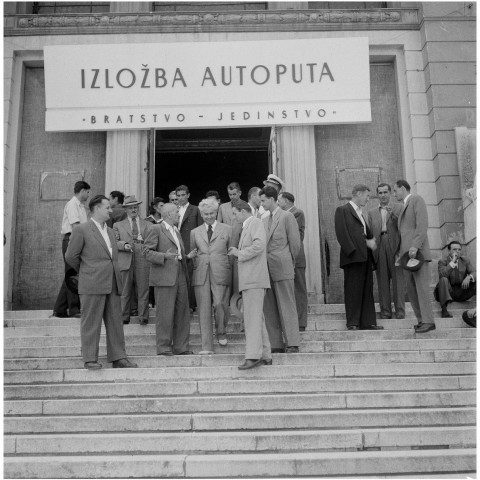 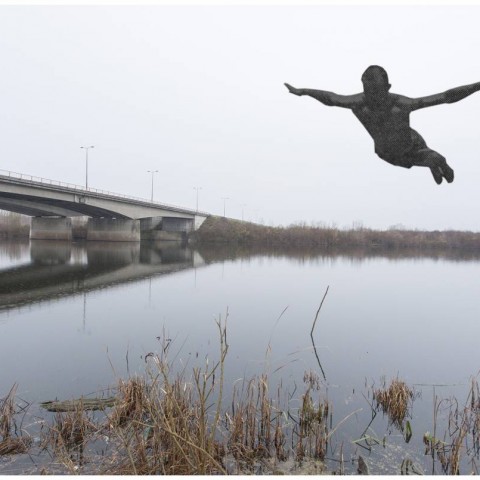 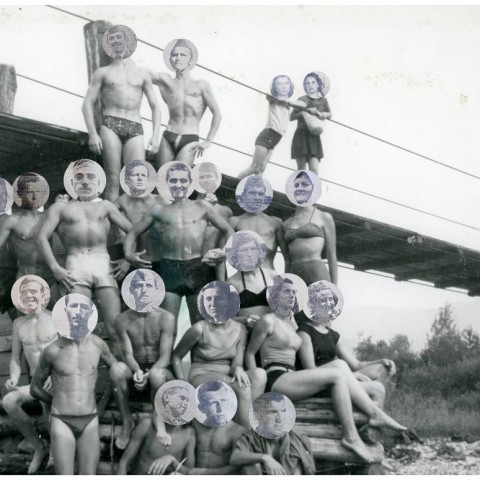 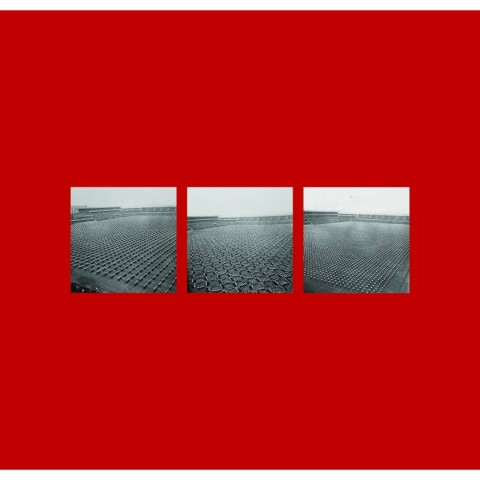 A highway as a continuous line, connection, communication, symbol or one of the forms of continuity has been presented in this exhibition through a multimedia artistic range of heterogeneous political, historical, as well as entirely personal positioning. Nevertheless, this is not any highway nor it has been chosen as a motif primarily for visual reasons. Davor Konjikušić focuses its research on meaning, experience and identity. The author began a systematic research of A3 motorway, the former Brotherhood and Unity Highway between Zagreb and Belgrade, in 2010, and up until today he has been perceiving it as a “monument”, a medium of challenging and transposing meaning, an open process of valorization and revalorization. Thus, the highway becomes a sort of paradoxical line in space, which connects two countries whereby instead of continuity it reflects various forms of discontinuity. By positioning himself as a researcher in a “post-context”, a person who observes, seeks or finds concepts, values, events and meanings with a clear hindsight, Konjikušić combines a research perspective that is almost scientific, archive material and documentation, factography, his own photography, art experiment, “mistake” or slightly fetishized ready-made acts of collecting “traces”.

“Highway” is the work that is probably most familiar to the audience for author’s photographs of the current condition of the highway, neglected and devastated facilities, hostels, resorts and the like. Precisely this part of the work is getting closest to “the aesthetics of ruins”, a specific, often controversial, but in the past years increasingly popular genre, especially in photography. In our country, apart from mere visual stimulus, it often critically touches upon concrete political, economic, post-industrial, transitional or privatization processes. In that respect, generational detachment or the aforementioned “post-” position both synchronically and diachronically tends to cover then and now, but also relations between socialism and capitalism, interstate relations, ideology, utopia and dystopia.

Alongside with the new photographs, the exhibition encompasses a series of archive photographs that illustrate the context of the construction of Brotherhood and Unity Highway from 1945 to 1950 and depict labor, labor actions, phases of the construction and the like. There are also photographs of labor actions from the 1970s which involve collage interventions, but also those from the 1990s that depict the ambience of war and soldiers. Even though part of archive material has been, in a concise and understandable way, included in the bulletin which was displayed several times, Šira gallery has deliberately excluded this segment and inserted some new segments.

Therefore, for instance, a projection of old photographs using diapositives involves a slightly bolder detachment from the medium of photography, a visual experiment, small aesthetic gesture, an attempt at collecting and visualizing something virtually non-existent – tiny particles of dust and dirt which the author gathered on certain parts of the highway. This act is close to discreet personal fetishes of collecting stones, sand, plants and similar pieces of landscape with the aim of reminding the person of a meaningful location or event. Highway dust here has a function of twisted ready-made, with a hint of poetic symbolism, toying with material and non-material and interesting visual and light stimulus.

Material and non-material is also present in the “Latent Image”, the work that thematizes unbuilt monument to labor actions from 1950, and includes a red filter and glitch as a contemporary moment of a digital “mistake” within archive material, designed as a projection on stone, the material with which the monument was never built. Stone records for a long time, but also contributes to memory and in a similar way like entire “Highway”– imagines, evokes, constructs or reconstructs a utopian scenario in which, among other things, “to work means to build one’s own dream”.

Davor Konjikušić (b. 1979) finished his undergraduate studies at the Academy of Dramatic Art in recording and graduate studies in photography, mastering with the theme of Photography and Power. In his art practice he uses photography as a primary media for articulating the author’s concept in which he questions the relations between personal and public, intimate and socio-political. He links photography with text, archive, found objects and video. He is interested in the role of the photographic media in establishing a relationship of power and control. He is also the author and filmmaker of several award-winning documentary movies: ‘Trajno nastanjeni stranac’, ‘Izbrisani’, ‘Povratak’…  He worked as a reporter and cameraman for the Fade In production house, where he was, among other things, a member of the Steering Committee. He is the founder and manager of the photographic workshops Drugi Kadar. Since 2018, he has been working as an art an art assistant at the Academy of Dramatic Art in Zagreb.