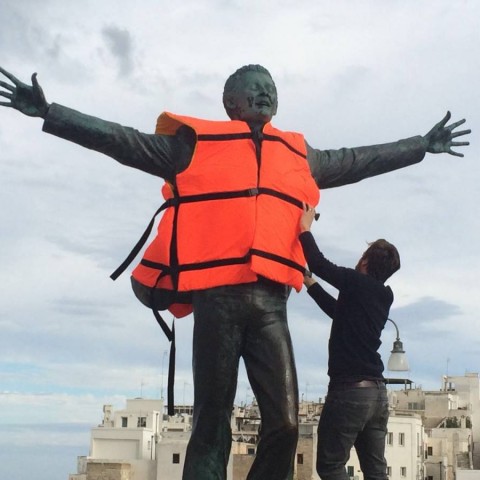 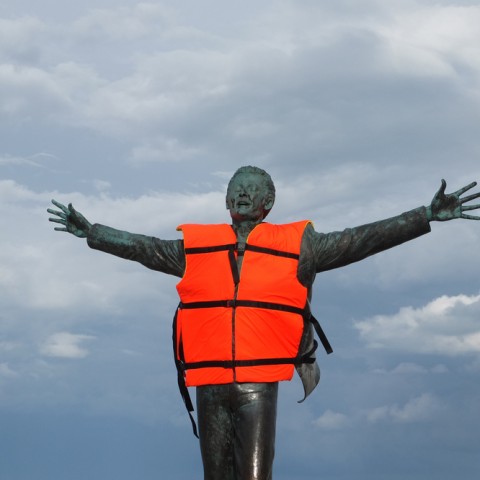 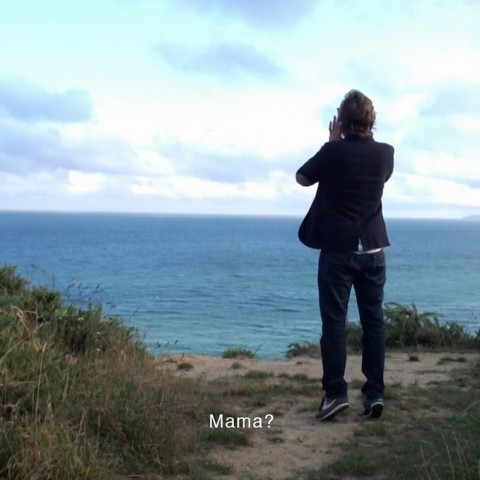 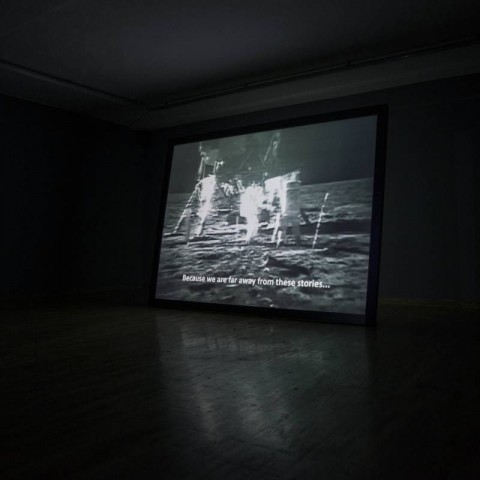 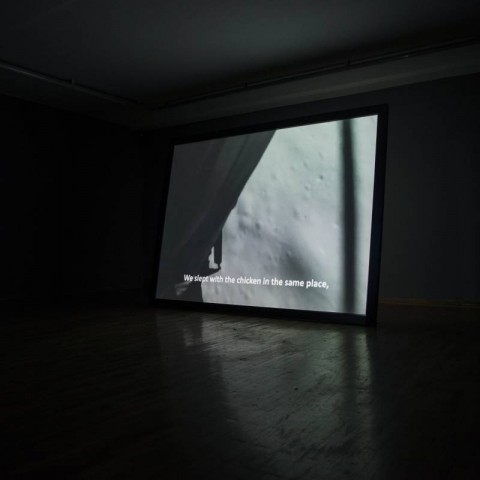 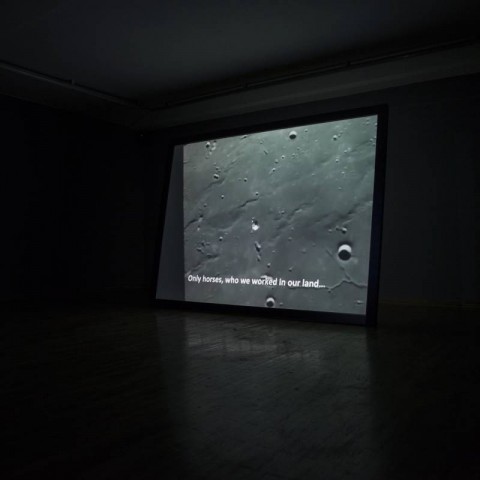 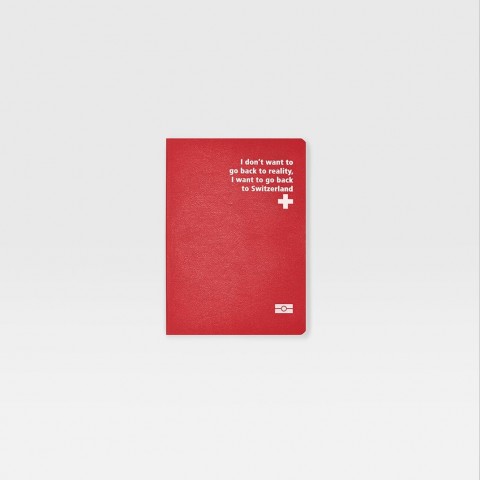 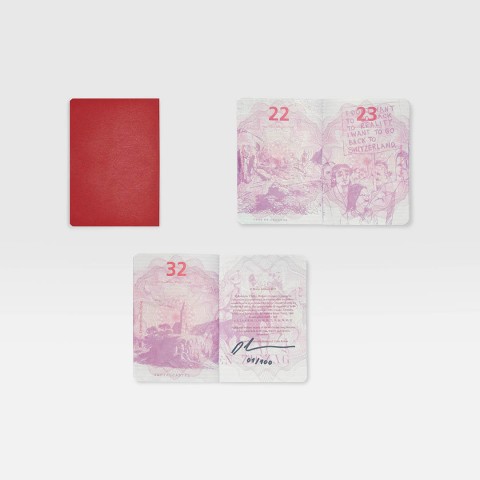 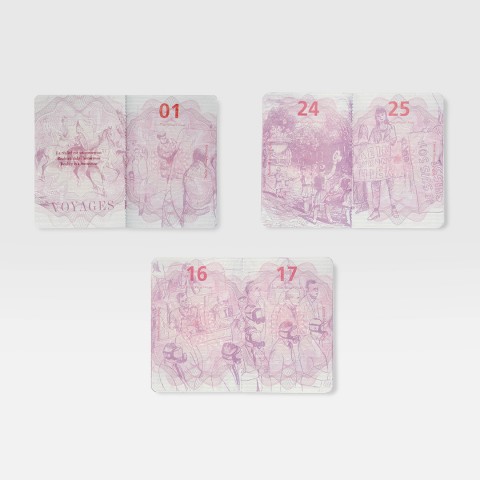 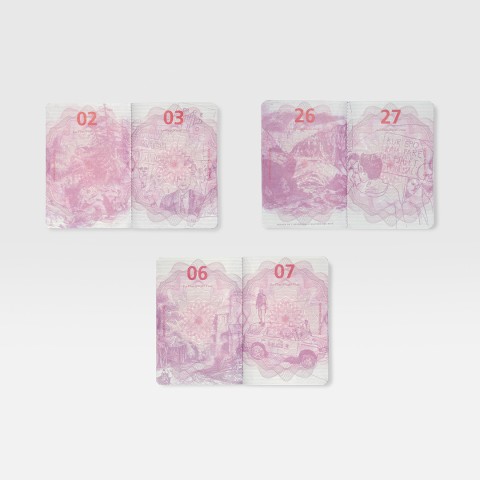 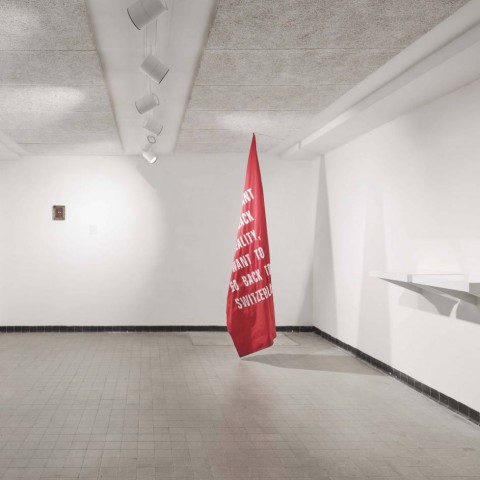 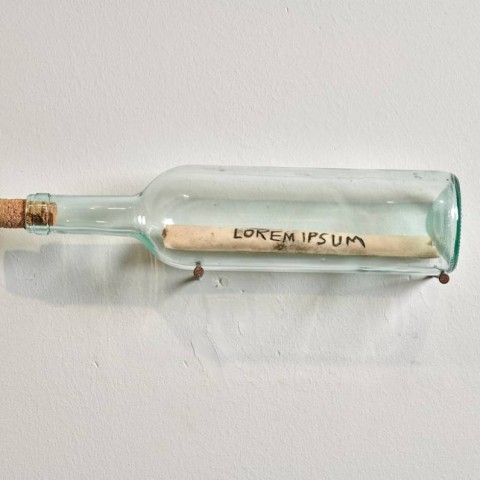 A large part of Driton Selmani’s work is based around the thoughts, notions and statements that the artist draws from his immediate surroundings and everyday life, capturing the moment of the present of one’s society. Born and based in Kosovo, he is a true witness of his time, or what he depicts as “the unbearable feeling of living in this meridian of the globe, and in this moment of human development”. Considering a depart as a state of uncertainty, being a place, time or a story in which we believed in, the exhibition premise suggest that it should take us to “somewhere else”, depicted as an imagined place or an alternative reality where the myths of today and our contemporary rituals are intertwined, examined and reframed.

Imagine finding a message in the bottle, the excitement, hope and connection it should provide…just to find out that it carries the most meaningless message, a commonly used placeholder text? That feeling is how Selmani approaches the world around him, and subsequently the feelings he creates through his art. Is it just an irony or a deep doubt? What is real and what is imagined? Sometimes, it includes putting the seemingly meaningless on the pedestal – or, here, literally encapsulating it into the eternity of not knowing.

Further on, a ridiculously enlarged object in the form of the life vest, another symbol, rather than demonstrating its primary function, it fills the space and takes it in, it is immense and inappropriate, almost suffocating. An irony, as much as many that we encounter on a daily basis, funny but not funny at all – is emphasized by the performative act of dressing the statue  of Domenico Modugno’s in the Italian city of Polignano a Mare. On the table, an imaginary passport, an allegory of a likewise imaginary journey from Pristina to Switzerland, a promised land. A legally binding document for “uncertain states of being” is accompanied by the series of the drawings that make their premiere showing here in Salon Galić. Apart from this, a completely new work produced for this exhibition is the flag with the simple syntagme, denoting the exhibition venue as a historically rich place overloaded with mass tourism, which is an indirect reference to Selmani’ s profound interest in the heritage, history and cultural changes, as well as his experience in Split in the recents years (residency in 2020, interventions for Almissa Open Art in 2020 and Voids in 2022). The message is clear but ambiguous: Lucky you. In Driton’s work, flags have a special place: they are a perfect, as much as loose symbol of constructed identity thus providing a playground of possibilities.

A scream for belonging is all around, but the loudest in Teardrop, where he embraces his uncertain position of an emerging artist in a foreign country by evoking the unimaginable parallel between two completely different entities with the same denominator: protection and safety. A more complex approach captures the attention in These stories, a video work using comparison of stories, one of which is the landing of Apollo 11 and another one taking place at the same time in his village in Kosovo, that just got the electricity supply. Here, global and local, personal and collective are being merged into one, new, blended event.

If the point of departure is the state of uncertainty, the arrival point is not quite different. In his practice, non-places are not just a common motif, but he sees them as possibilities – an inspiration, opportunity and still places in which many things could happen and are already happening. Placing this at the center of his interest, he at the same time negates their existence, as if non-places cannot be anything else but places themselves.

An observer and pointer, rather than a commenter, Selmani brilliantly manages to make meaning meaningless and to give meaning to what appears to be meaningless. His works are straight-forward and honest, witty and clever, mostly playful but always simple in all their complexity, offering us countless intellectual games. He does this by successfully and subtly sliding the political into poetical. For whatever is happening currently in the world, Selmani is the master of handling moments like this – pivotal moments in history, being a first step on the Moon, the establishment of a new state after a devastating war, or pandemics. With sharp intention and humor as his power (“a sense of humor is not the opposite of being serious, but fundamental to it”), he takes his role as an artist seriously – to help us capture, re-think, question or just survive them.