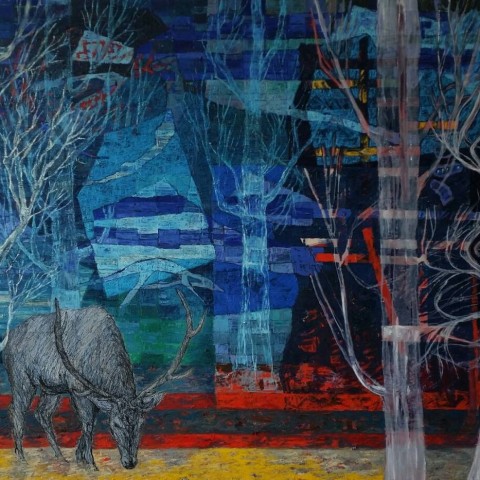 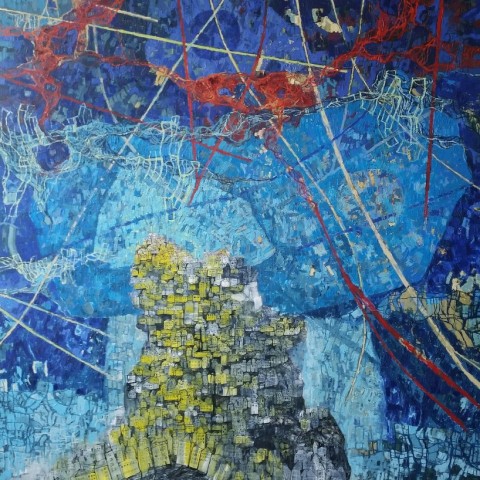 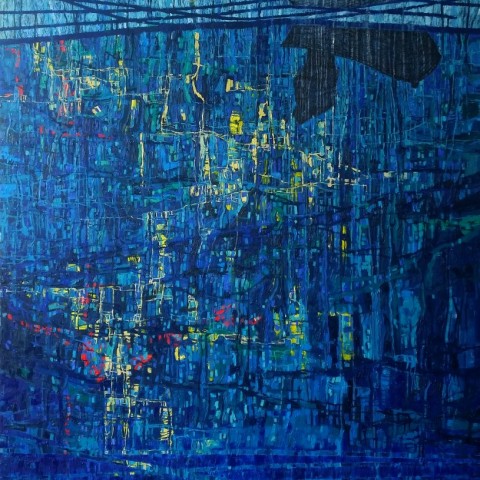 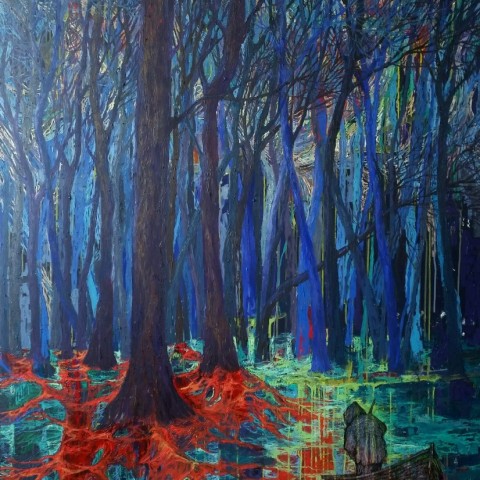 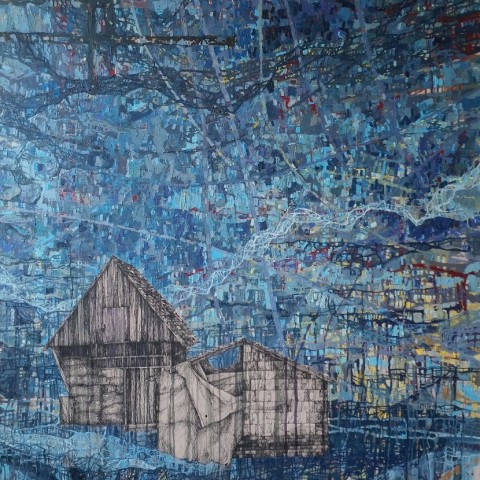 What makes Gorana recognizable, and what has been very noticeable in the last few cycles, is a unique blend of drawings and images, abstractions and figurations, real and unreal, creating a special sense of surrealism, but also the total alienation of an individual from society (something similar to the megalopolis in the night, painted by Nenad Vorih, only in a different context). The typical ink drawing technique is perfectly melted and blended with oil on canvas, creating a somewhat comic book sensation, like some vintage covers of some Marvel releases. At the same time, this blend is the key place of creation of this phantasmagorical, surreal world of Gorana, in which we all wish to stay, at least for a while. It is the place and origin is all of her aspirations, desires, doubts and conflicts. That is her home. That is her alternate address.

Even now as I write this, in my mind I lie at the bottom of the “Nokturno” boat, drowsily rocking on the tense surface of the infinitely deep ocean of the subconscious, knowing that the shadow of questions and doubts lurks and looks over the abyss of eternity. I hope Gorana will not object to this.

Gorana Težak was born in Pula in 1985. In 2000, she enrolled in the School of Applied Arts and Design in Pula. In 2010 she graduated from the Academy of Fine Arts in Zagreb, in the class of prof. Duje Jurić. She has participated in several art residences and humanitarian auctions: Art residence, Medana (Slovenia), Art residence, Varese (Italy), Artist in residence, Warberg ob der Aist (Austria)… She lives and works in Zagreb and Pula. In 2012 she became a member of HDLU of Istria. Since 2017, she has been a member of HZSU. She has exhibited at numerous solo and group exhibitions.