Igor Ruf / It is nice to be here 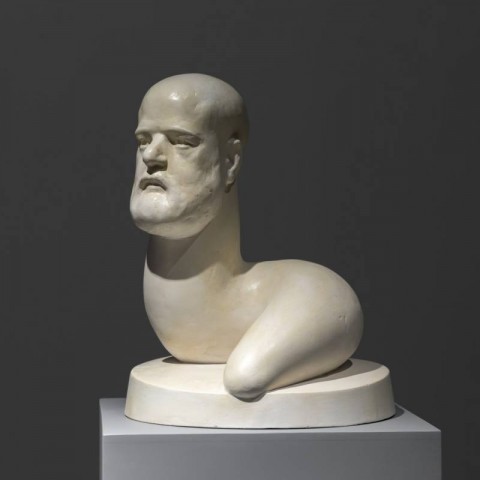 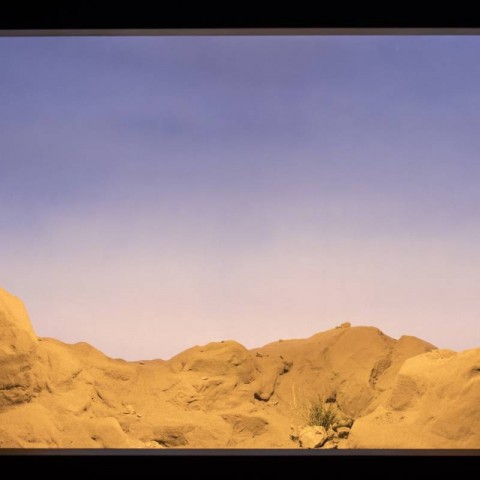 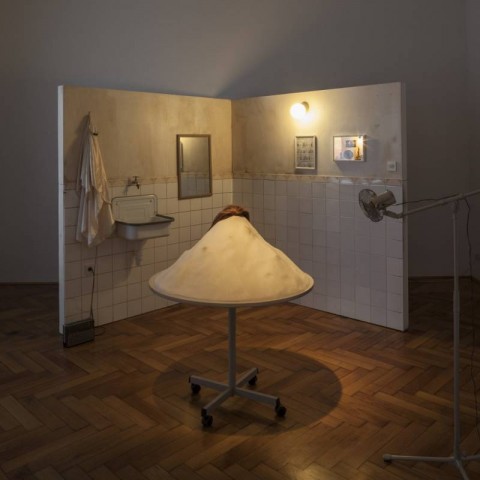 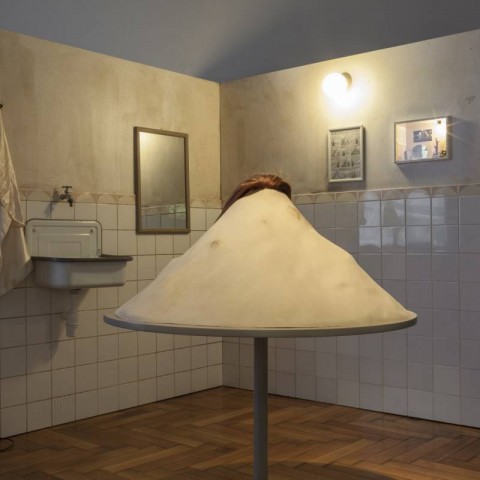 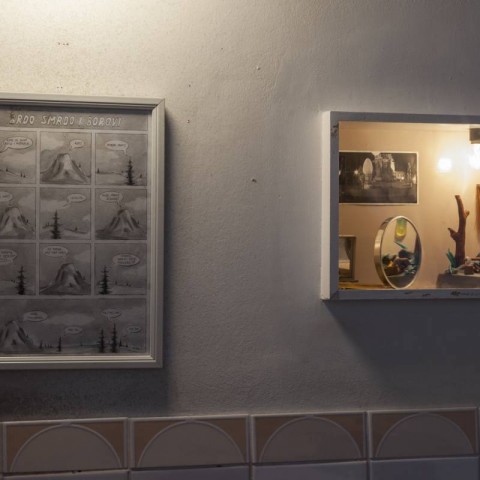 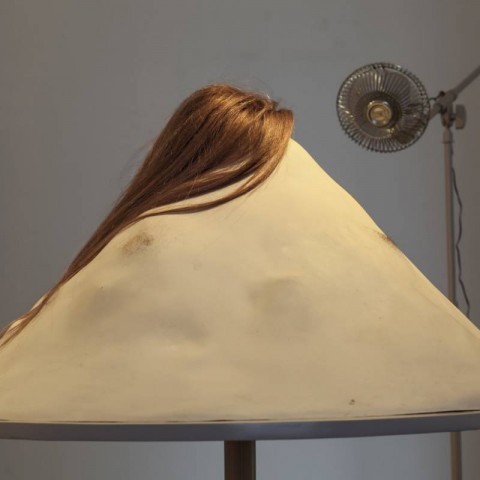 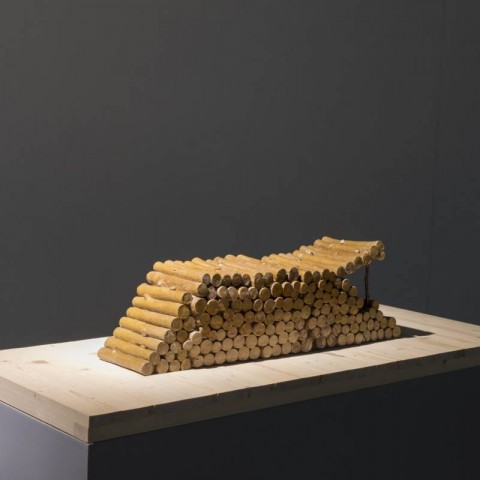 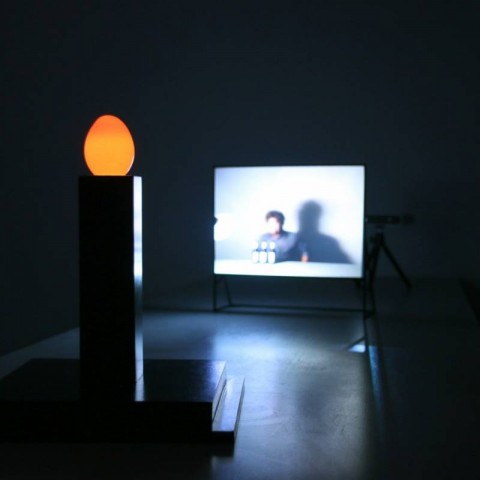 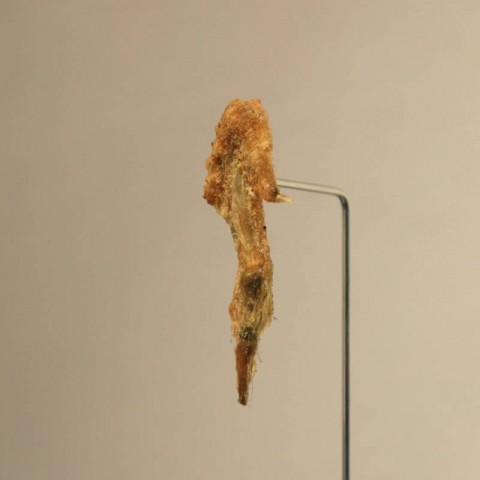 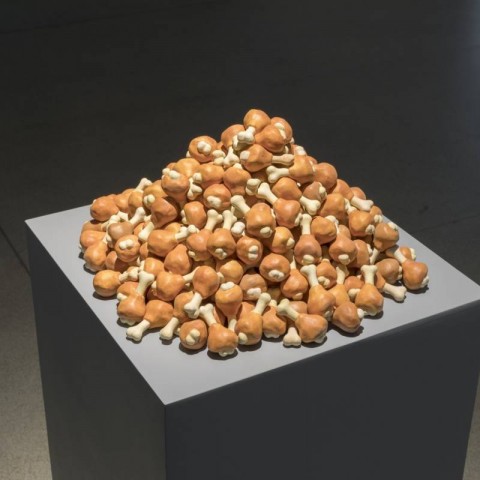 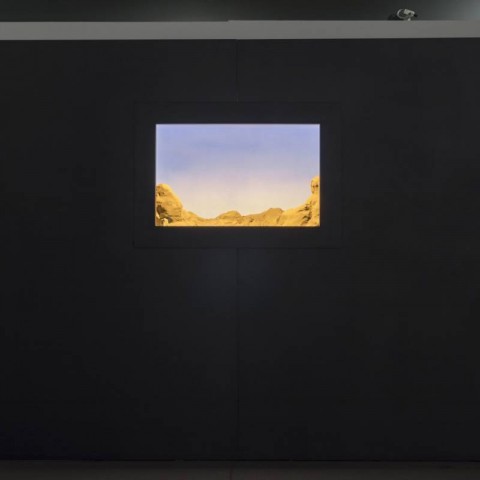 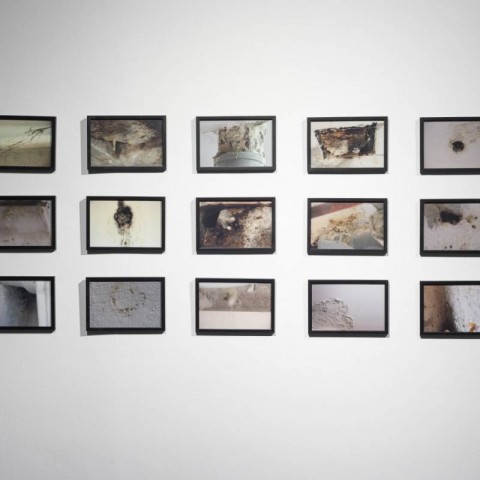 In order for an artist to be stimulating in his own creation, he must be a solid story-teller. Categorically set, such a claim seeks to be challenged; yet, thinking briefly and remembering certain examples from the visual arts and visual culture history, one can confirm it – regardless of the art’s abstraction/concreteness, mimesis/conceptuality, tradition/progressiveness… Even among the most hardcore avant-garde, abstract and proto-conceptual artists in Croatia (like Julije Knifer or Vlado Kristl), we can follow a thread which – meandering but incessant like Ariadne’s – outlines a consistent creative line which brings visual narration, however hard to read and semantically hermetic. After all, modern and contemporary poetry are often such. Still, no educated man will try to question whether strong poetry bears the source of narration or if great narration would be suggestive without possessing a dose of poetry. Developing my thesis logically, going back to the beginning, I see that all of the inspirational visual art is necessarily poetic! It means that it should communicate with a man’s cognitive system’s intuitive side, aside from the fact that the recipient is interested in the art of organizing visual, spatio-ambiental or semantic elements into a certain whole pictured by the artist. Then, we can regonize one of the most interesting local artists of the younger generation: sculptor and multimedia artist Igor Ruf. He’s a dedicated explorer who expands the boundaries of his own authorship from one exhibition to another, from one public performance to the next. Doing this, he remains loyal to the narrative ambient as his chosen spatial form, constantly building wholes which are always more than a mere sum of their parts. His individual works are almost inseparable from others, contributing individually to the organic progression of Ruf’s oeuvre, which is among the most (conceptually) consistent in recent Croatian art history.

Frizerski salon za brdo (Hair salon for a hill), a rather layered and semantically obscure work was first shown in Ruf’s solo exhibition at the Institute for Contemporary Art in Zagreb in 2016. This work meant the extreme consequence of the artist’s art process, taking the plastic story-telling to a point where it became maximally fascinating, but relatively worn out. It’s not surprising that, preparing his shows in Galić, MSU (Zagreb 2018) and Art Workshop Lazareti (Dubrovnik 2019), Ruf chose a different point of view to observe the creative horizon that outlined him authentically. The constituents of Ruf’s narrative ambients, related happenings and video-performances – from One of a Kind and Five Others, 2010 to Frizerski salon za brdo and Izložba brda, namještaja i hodajućih prostora (Exhibition of hills, furniture and walking ambients), SC Gallery 2013 – were, on the one hand, minutely cut parts  of oneiric landscapes and highly stylized animal/human bodies on the other hand, with the practical accessories which often reminded of ready-made objects.  These narrative ambients indisputably possess characteristic scenography (not to say theatrical) qualities, which is deeply rooted in the fact that they most often communicate a more or less articulated event or, to be precise, a memory of an event, regardless of their immobility and occasional electronic pictures. Although every type of art takes a certain stance towards the passage of time, we can easily guess that sculpture doesn’t perceive time as a force that determines its core, still, contemporary sculpture has found a way to (even in galleries) intensify its relationship with the great river of time. Certainly, this asked for a further expansion of the sculpture thesaurus, reaching unpredictable multimedia directions. Today, Igor Ruf is among those artists in Croatia and the region who are ready to abolish the immanent immobility of an individual sculpture – not literally in a mechanical sense, but rather in a more important, conceptual sense of understanding what sculpture is.

Before analyzing Ruf’s actual setup in Split, I would like to go back to the aforementioned memories of events as the keys for entering his refined spaces. When I interviewed him in 2013 for an excellent (now cancelled) radio show Jutro na Trećem, regarding his exhibition at the SC Gallery, he spoke of his constant mass-media references for deciphering his art, including Werner Herzog’s films, especially documentaries, which is important for more reasons. Firstly, when directing a film, played or documentary (Herzog point s out that they are not so different), he often uses an original dramatic procedure, perfected to the level of unmistakably recognizable poetics. This procedure was most clearly shaped in his early masterpiece Fata Morgana (1972), and it deals with the need to represent the world as it was right after its creation. Surely, such a representation evokes the nature of memory, individual or collective. Herzog’s films wouldn’t be so suggestive for millions of viewers if they didn’t speak to cultural and biological archetypes that are deeply rooted in all of us. What’s most interesting is the fact that we are ready to accept this fictitious memory as our own. The wish to explore the world as a tabula rasa is inherent to every human being. Yet, because of the immense effect of the human-built environment on the ecosystem and the Earth’s biorhythm, this wish and its realization is possible only through artistic initiation, which is the basis of the attraction of Herzog’s and Ruf’s work.

Secondly, such an effort can only be successful in its purpose if it handles symbols that are capacitated to communicate a certain mood and “employs” creators that are capable of producing their own moods that resonate with recipients of different backgrounds. Ruf’s humanlike animals and animal-humans, slopes and mountain tops of madness, desert planes and poured fires, faceless buildings and mysterious statues fulfill this task, giving the observes an opportunity for an experience similar to staring into a furnace fire. We always fail to explain why we can’t look away from that scene. A hint of an answer lies in the fact that this act touches the strings built into the species’ very foundations – cultural and biological, entangled in an eternal dialectical relationship.

The exhibition’s title was well chosen – It’s nice being here – and it refers to the artist’s deep breaths, a certain calm in the current time and place, drawing the line after the past period and collecting the gained experience. Each artist needs such periods of creative leisure time before new explorations, and what I see is that this setup of Ruf’s works casually stands at a borderline of his recent realizations and the fresh, unexpected courses. Namely, Ruf has produced his least narrative ambient so far, and an exhibition which seems to be a story with no intention of being finished. It’s a relatively abstractly organized group of objects which, this time, avoids conscious storytelling and focuses on metaphorical expression of the reached state. That’s probably where the exhibition got its title. Common bizarre and purposefully obscure titles are now devoid of animal symbolics, with the exception of a mildly grotesque portrait of Ruf’s friend David as a Bista-glista – taj u svaku rupu mora pogledati (Bust-earthworm – this one has to peek in every hole). Most of the works function as surrealist architecture models or sketches of spaces that are yet to be built. Within such an ambient, I found the most appealing: Diorama za maloga (Diorama for the little one), displaying a piece of a desert landscape which evokes a memory of an unknown, yet known boyhood. Surreal, saturated lighting intensifies this impression. Next to these two pieces, as a counterpoint to their meditative play, I would like to mention another personal favorite ― Male pobjede (Little victories), a photo series depicting mold in different interiors, a composition that is paradoxically both concrete and abstract. It declares the process of natural decay to be a victory, thus mocking the overall fear of inevitable decomposing, as well as the renewal of all that is living and nonliving. Bocke za sve (Poking for all), a tiny hill made of chicken legs at the beginning and the end of the exhibition setup is an intimate dedication to everyday hedonism that can be dignified and decadent, but is nonetheless an essential part of the continuing circle of living/creating energy of both the artist and the environment he is observing, concluding it’s nice to be here with us.