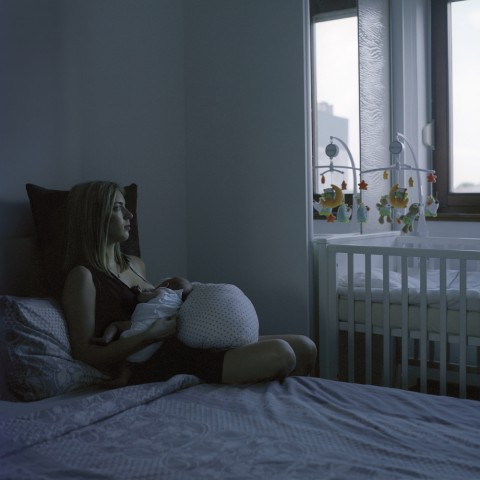 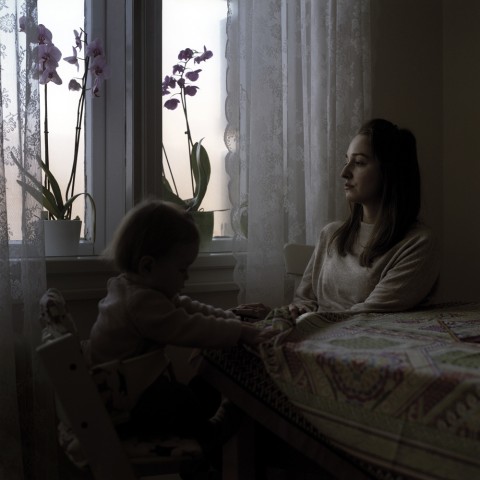 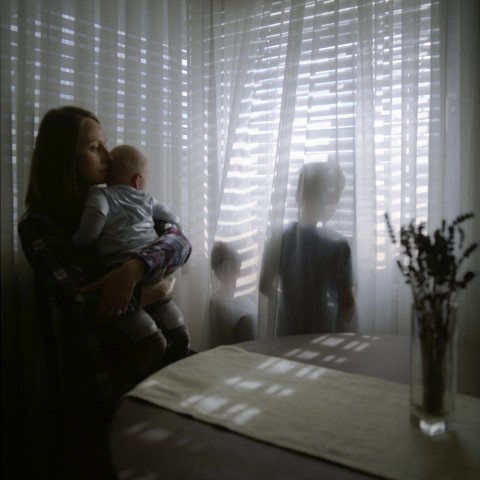 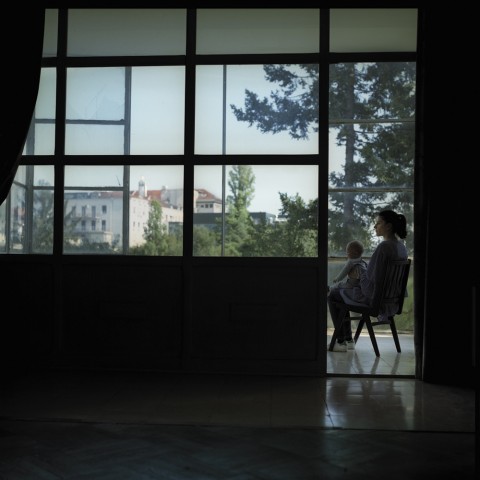 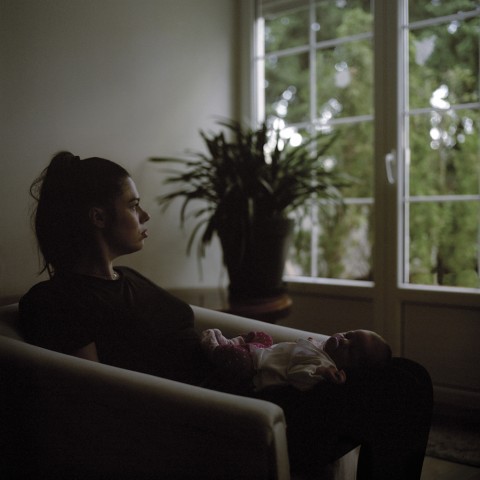 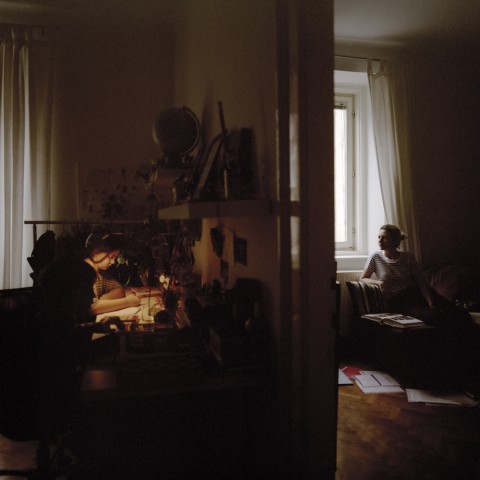 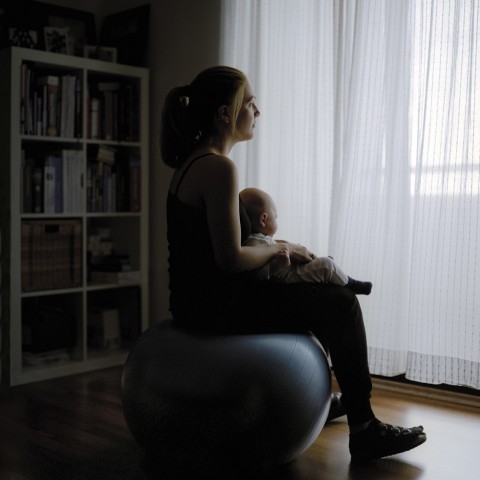 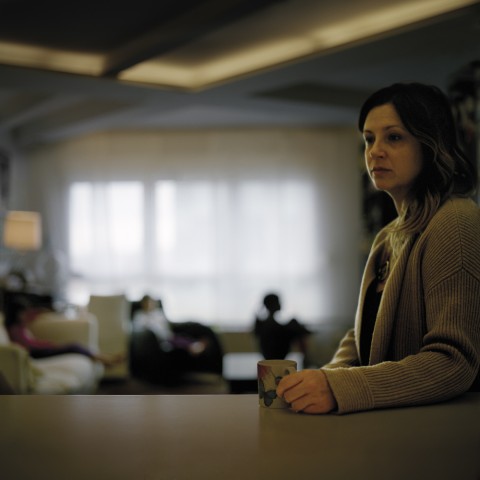 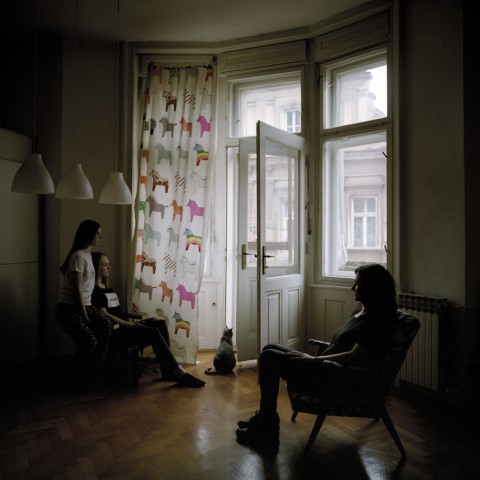 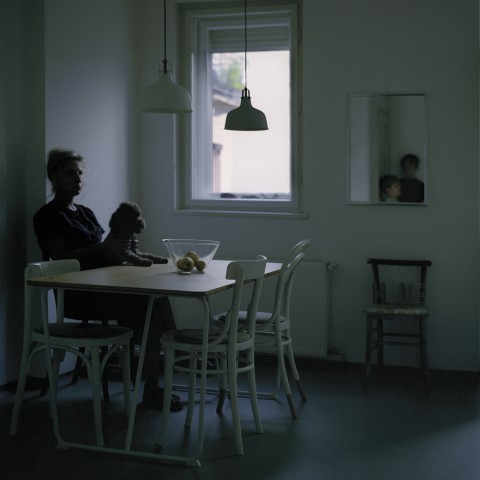 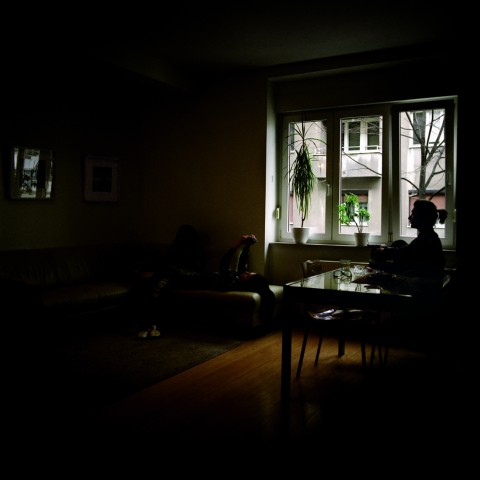 The photographic concept tackles the topic of motherhood, offering an intimate perspective on various fears, doubts and introspection faced by the author and her close friends at the point in time when they decide to become, or have already become, mothers.

This generation of young women on average give birth later on in their lives and have fewer children compared to their own mothers. It is not unusual that some women decide not to become mothers at all.  For each of them, the reasons for delaying or not realizing motherhood are diverse, as are their attitudes to mothering. What all portrayed women have in common are different shades of fear, the overwhelming new sense of responsibility and anxiety about losing a part of themselves – the loss of mental and physical freedom.

Portrayed women, most of them mutual friends, are shown in those moments of in-between. Notwithstanding the traditional idea of motherhood, its entrenched cultural construct along with specific ideological insistence on it being the only right way to women’s self-realization, motherhood is not, nor has it ever been, a woman’s only and most important role. She is also someone’s daughter, sister, partner, wife, friend, employee or employer, associate…

Solitude, which most women learn to appreciate and enjoy only at an adult age, irreparably changes with motherhood. This state between different roles, the realization that by having a child the woman is transformed as an individual, is shown through these staged portraits which visualize moments of absence and altered, new kind of solitude faced by each of these women individually. Most often in privacy of their own home as well as within themselves.

Where Is the Window Facing or Children Who Love Trees

Leon Battista Alberti, a great Italian humanist author, architect and  theoretician in his influential treatise De Pictura (On Painting), which was first published in 1435, characterized an image as an open window, or rather gave directions to future painters to approach a rectangular frame of a canvas as they would approach an open window. Ever since the Renaissance to the present time, the idea of a window as an image / a photograph / a screen is deeply rooted in the concept of space and its layout on two-dimensional parameters[1]. At the same time, the window motif played an important role throughout the entire art history, in its literal, architectural meaning as an element defining the perspective and a source of light, as well as in its metaphorical sense as a bond and boundary between this world and the world beyond, as a possibility of metaphysical experience of light. The most acclaimed metaphorist of the window might just be the greatest Dutch Baroque painter of civic life Jan Vermeer. “With him the light mysticism of the Gothic cathedrals and the aesthetic achievements of the Renaissance were transformed and focused on the individual, on the privacy and intimacy of personal relationships. His paintings, his painted window metaphors, have had tremendous impact on establishing the private sphere that came to be the underpinning of civil society”[2].
It is impossible not to notice the great kinship between Vermeer’s studies of the illuminated space and those in the new works by Jelena Blagović from her series New Solitudes. Through motifs, atmosphere achieved through light, and even partially in meaning, these two analysts of social positions and individual’s states with interest in conditions and moods of portrayed women, are extremely close despite time, circumstances and medium that divides them.
„The photographic concept tackles the topic of motherhood, offering an intimate perspective on various fears, doubts and introspection faced by the author and her close friends at the point in time when they decide to become, or have already become, mothers.“, says Jelena Blagović in her artist’s statement.

The staged scenes depict mothers (with children) in, as the author states, “the moments of in-between”, those short fragments of time, their new solitudes, in which they are not observed, and in which they allow insecurity, fear, impatience, disappointment, panic, despair, craving to show …
To say the least, expressions on their faces are ambiguous, as are the women’s expressions on Vermeer’s paintings. Jelena Blagović places the action of her scenes in an intimate space of her protagonists as well, who all share a window motif. What is a window to them apart from a source of light?  What is the role of a window in the life of a young mother? In the first months of motherhood a window is often a woman’s most certain connection with the world. Watching through the window becomes a part of her daily ritual, a substitute for the interaction in the lost past everyday life. In the works of Jelena Blagović a window is also a safe haven, a reflection of a mental journey, a premonition of a world which is not observed (merely) with the eyes. The windows of her “mothers” are simultaneously portholes both to the outer and inner landscape.
In addition to the window metaphor, Jelena Blagović in her series New Solitudes touches upon yet another art history theme, which is the motif of a mother with a child. It is archetypal and certainly one of the oldest and most common motifs that experienced numerous redefinitions throughout history, primarily considering its context. Nevertheless, whether it was sacral or secular in nature, it moved within the expected codes set by social conventions. A certain amount of discomfort, inevitably provoked by this series, is caused by the fact that the author has neglected the experience of the audience’s expectations. Her mothers are not gesture-oriented towards children; they are caught, as mentioned, in moments of absence, or rather, in moments of mental and emotional evasion from idyllic family scenes. Precisely because of the lack of visible active interaction between a mother and a child, some are even separated by image planes, or the children are only present as reflections or silhouettes, it appears that these photographic images represent the moment of the largest charge, the moment invisible to most, which is followed by tranquillity, acceptance, happiness, devotion and all that we would expect for an image of a mother and a child.
Photographs printed onto plywood not only evoke old masters’ sfumato effect, but also enhance the author’s intended meaning. Through the imprint of the photograph, wood texture is revealed with all its irregularities, grains or mistakes resulting in processing the board. All these elements with the photograph are combined into one picture: imperfect and beautiful.

Works from the series New Solitudes do not really represent a series of individual portraits of various women in their parental situations; in that case they would look completely different. Anyone who has been in a home where little children live knows that. These works are, in the most honest sense, portraits of a (future) mother’s states and expectations, completely outside social context, entirely intimate and real, just like those Alberti’s windows.
***

Jelena Blagović was born in 1983 in Zagreb, Croatia.

She finished the photography programme at the Istituto Superiore di Fotografia e Arti Visive in Padua, Italy and continued her education at the University of Westminster in London, England, where she earned her BA in Photographic Arts and MA in Photographic Studies. She works as an Assistant Professor at the Department of Cinematography, Chair of Photography at Academy of Dramatic Art in Zagreb, and is the Head of the Academy’s Gallery f8. She has exhibited her work locally and internationally on 15 solo and numerous group shows and has received a number of awards and prizes.