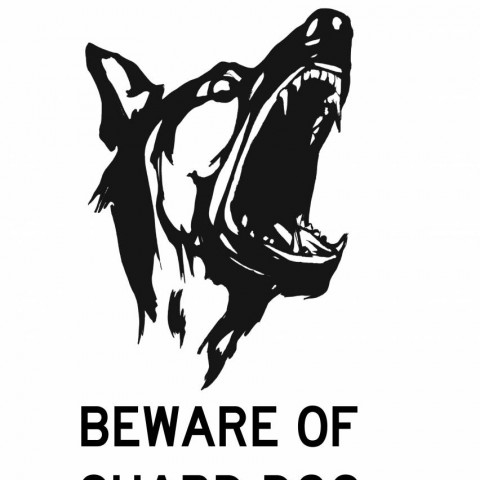 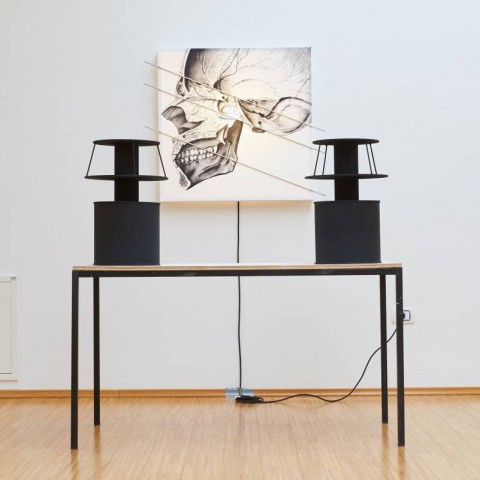 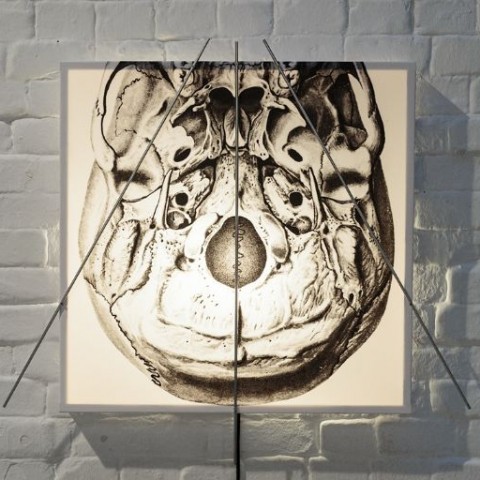 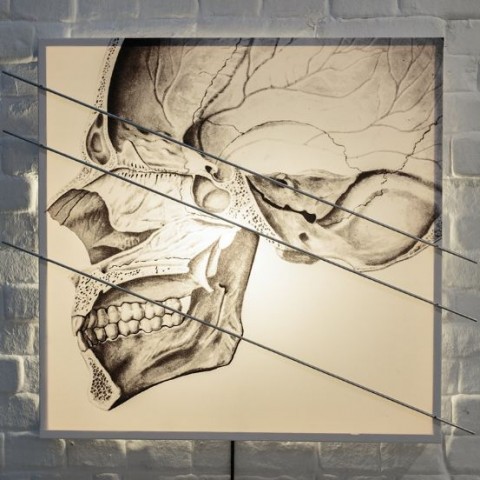 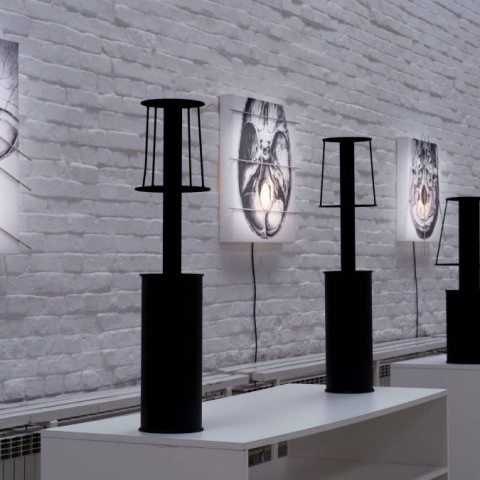 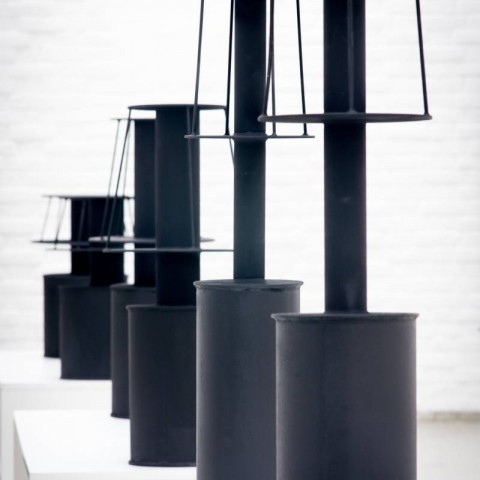 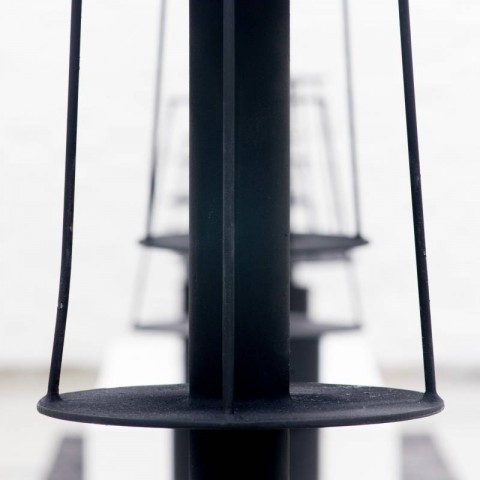 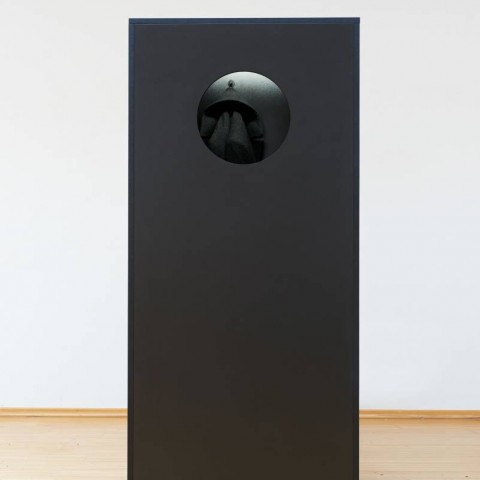 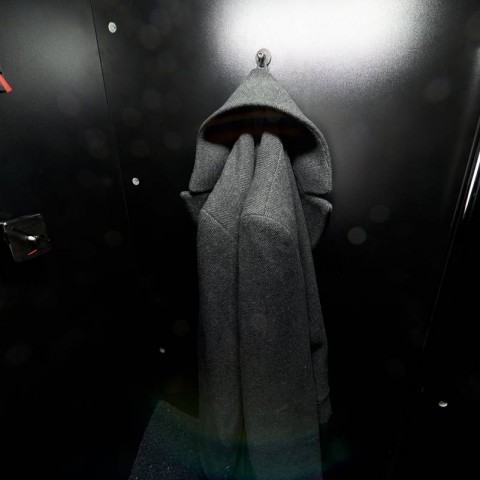 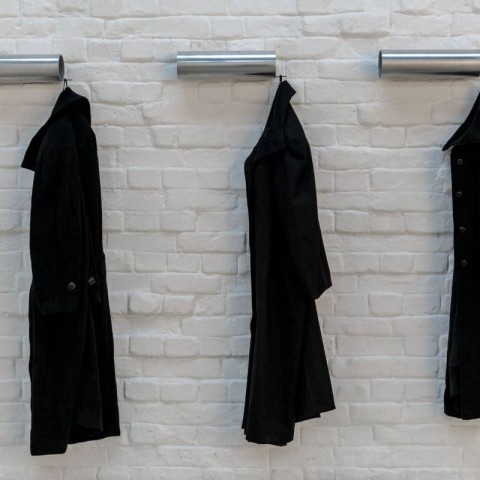 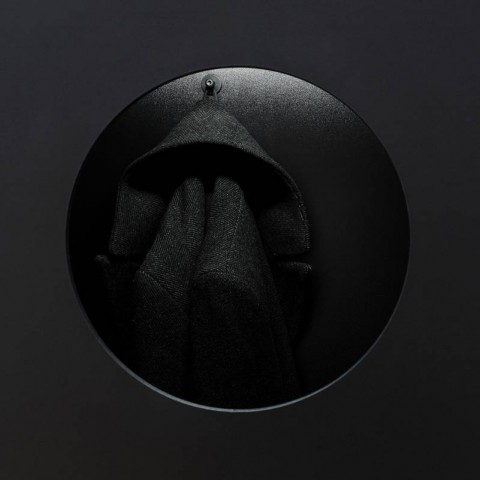 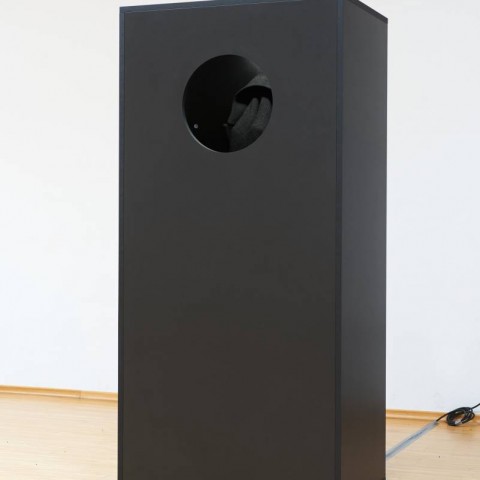 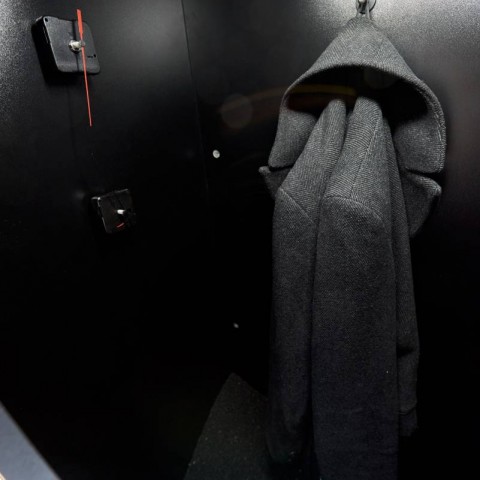 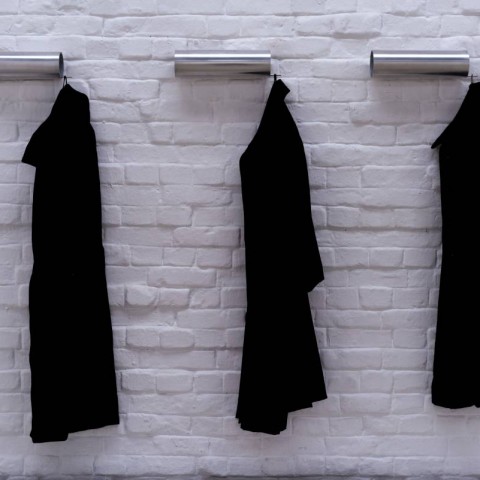 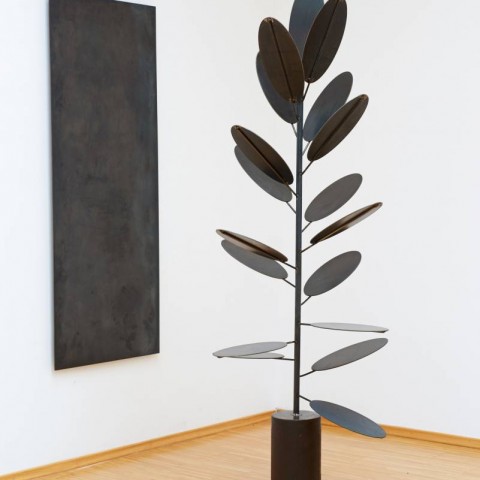 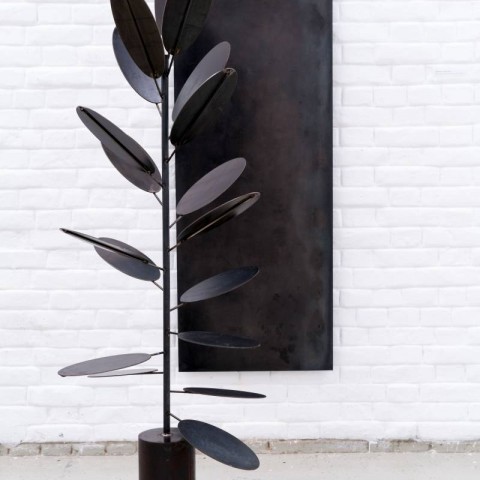 From the beginning of his solo artistic career, Josip Šurlin has been preoccupied with the dialectic between the individual and society. The works presented at this exhibition mainly symbolize the experiences of a socially-marginalized subject and the ways in which they confront their own existential traumas. The arena of these events are artificial and surreal living spaces just barely marked by traces of their anonymous occupants. They are simplified depictions of real “cells” within contemporary urban beehives and embody uncomfortable spaces which have been severely affected by social and economic inequality. Šurlin predominantly finds the inspiration for shaping the majority of his art installations in squalid areas on the periphery of Split, that is its haphazard construction or abandoned private properties. In the context of the exhibited works, Šurlin interprets these places as ones in which people live either forcedly or voluntarily. The first observation is related to the limited economic opportunities of the individual, and the second refers to a kind of voluntary exile in relation to the customary living habitus in urban environments. Šurlin notices that both scenarios produce a sort of traumatic experience. In the first case, the individual is constantly and repeatedly exposed to traumas because of their own economic paralysis. In the second, they consciously opt for “self-isolation” attempting to avoid encountering an already-experienced trauma. Despite this, however, the trauma does not bypass them. It catches up with them and becomes an integral part of their lifestyle precisely because the individual’s exile is based on a compulsive need to protect themselves from the trauma, rarely losing sight of it in the process.

All of Šurlin’s solo exhibitions from 2017 to the present, including the current one held at Salon Galić entitled Personal Anarchy, serve to confirm the consistency of his artistic oeuvre. The contents of the exhibition presents five recent art installations, the simplicity of which, as well as their striking artistry, implies a hermeneutic approach to the exhibition.

The works at this exhibition symbolize specific situations which are born out of a kind of social dictatorship or injustice and affect the unnamed individual (be it one or several of them). Not a single one of the installations shows or explicitly states the individual in question. Instead, the exhibition stresses constructed spaces which take on the shape of the “extended” characteristics of the person who inhabits them. Precisely in creating such ambients (marked by a person’s presence only in traces), Šurlin sees an opportunity to demonstrate that the utmost inability of the traumatized individual, in relation to the social paradigm, is most clearly visible in concrete, physical objects, and not in the subjects themselves. These are spaces of the perpetuation of behaviors which aim to avoid a breach of trauma. However, it is clear that they do so without avail and that they, alongside those that produce them, constitute open “wounds” (traumatic units) in the fabric of society.

At the end of the nineteenth century, speaking of man’s ability to better his own life, Oscar Wilde established that it is necessary to free oneself of the dependency on the state, money, and private property, and devote oneself to that which one loves (“To live is the rarest thing in the world.”).[1] However, in today’s circumstances, this is a long-hypertrophied utopism and a failed narrative which has been trampled over by the feet of commodity consumption and contemporary fetishes. Whereas human creativity (which, according to Wilde, does not have to be purposeful) itself becomes a commodity exchanged for material welfare. He who attempts to live this way most often separates himself from society willfully, or is ostracized from it like some kind of local “lunatic”, a homo sacer.[2] Such a person reminds Šurlin of Antoin Roquentin, the protagonist of Jean-Paul Sartre’s Nausea, and his specific relationship with his absurd environment. Roquentin experiences an existential crisis and an aggressive, but simultaneously reserved and controlled reaction to a meaningless existence. He inhabits a space which has long been subordinated to the rule of the majority, where people and things unconsciously reside in a perpetual state of limbo. Finally, aware of the time in which he lives, and in the framework presented at this exhibition, Šurlin points out: “It is entirely certain that, in a place where the ‘apocalypse of values’ is constantly perpetuated, where the ‘wasteland spreads’, a forgotten message echoes: ‘To live is the rarest thing in the world’”.

[2] In brief, a term from Roman law which designates an outlaw. In the modern theoretical context, it is used by the Italian theoretician Giorgio Agamben.

Josip Šurlin (Split, 1993) graduated from the School of Fine Arts in Split in 2012. That same year, he enrolled in the painting department of the Academy of Fine Arts in Split. He studied in the class of prof. Gorki Žuvela and, in 2017, graduated at the Department of Painting under the mentorship of prof. Viktor Popović and prof. Neli Ružić.  He has taken part in several group exhibitions and presented his works at six solo exhibitions. He was awarded a written acknowledgment of his work at the First Student Biennial. In 2018, he became a member of the Croatian Association of Visual Artists (HULU, Split). He lives and works in Split.