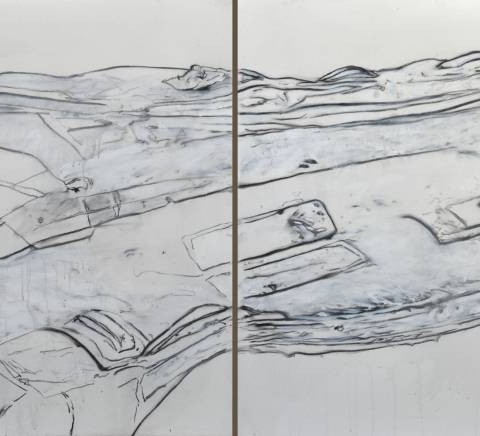 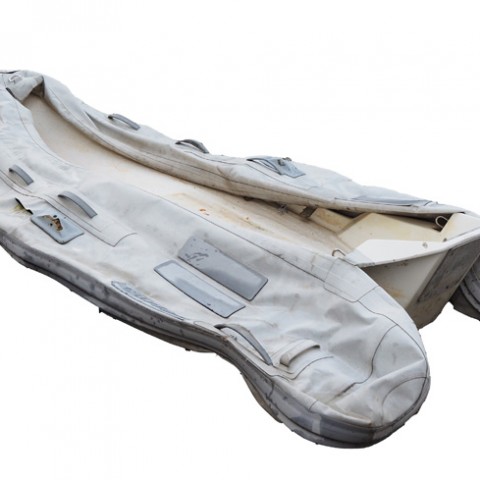 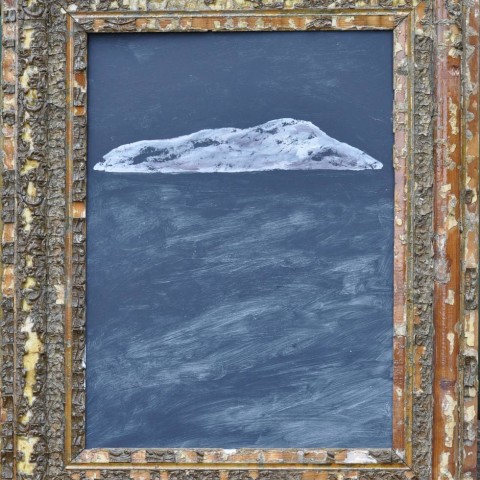 Deadweight, or a colpomorto, is a complex exhibition arrangement that observes the obscure aspects of the reality of the Croatian coast, which we usually perceive as one of the most beautiful corners of the planet. According to its objective beauty and related marketing activities, that denomination has become the basis for a lucrative tourism industry and the backbone of national economy. All of us living a proclaimed tourist paradise are aware of the continuous tensions of its polished surface and the fact that cracks within this perception appear firstly inside the minds of those who were born and condemned inside its structure. An individual and his/her reactions to the pressures of the surroundings is almost a general point or a subgenre of some sort in contemporary artistic practice turned to an (auto)referential aesthetic. Likewise, in his Colpomorto, Viktor Daldon has established the recreation of peculiarities of his surroundings on his own experience – on an anecdote that has the potential to reflect symptoms of this milieu’s general narrow-mindedness. Daldon lives in the very south of Croatia, in many ways one of the most picturesque areas of the Mediterranean and the world. This area, poor and isolated before the rise of tourism, shaped a specific human nature, prone to hidden xenophobic urges, which was suddenly found in conflict with the increased interest of a foreign world and people to found their permanent or seasonal homes there, in their turf. The problem is that by selling inherited property to the foreigners to resolve existential needs, locals didn’t count on buyers’ human need of to act within the local community and on their land as if it is their home also. In fact, for the ‘locals’, these buyers will always remain secondary, foreign people, who, from time to time, with some insidious act, need to be reminded of their temporality. Anyone with a summer home in a rural community or a seaside town knows what I’m talking about. Daldon realized he is also a stranger when, in the pre-season, he found his dinghy cut by knife and anger by one of the natives. Our coast today is the best testimony that there is no such beautiful landscape that will with its harmony, alleviate the elemental urges of its inhabitants.

As an art historian and curator, I recognize Victor Daldon as a painter so there is an inevitable parallel between the subversive relationship of his painting practice to the local painting paradigm, with the revealing effect of his (to my knowledge unprecedented) shift into the art of multidisciplinary installation. In the minds of Croatian art public, Dubrovnik painting is closely related to the syntagma colorful school, that is, a painting with powerful colors that conveys all that intensity of aromas and colors of our deepest south to the eye, as mediated by two generations of local painters. Unlike or despite this successful formula, Daldon opted for achromatic or monochrome painting with intense gestures and expressive application of material, and a procedure open to the experience of integrating street art aesthetics and mannerisms. In essence, Daldon brought the spirit of the urban to the local, self-sufficient and lucrative painting school, and by ‘urban’ I refer to the current international painting paradigms within which he developed his distinctive language and style. Just as he exposed ‘on the terrain’ the obsolescence of the prevailing painterly paradigm and taste, Daldon with his multidisciplinary work points out that current paradigm of contemporary art practice does not acknowledge limitations of particular artistic disciplines, while, simultaneously, he addresses local life’s suppressed bigotry.

The transposition of the anecdote from the beginning of this text into the language of visual art Daldon has realized as a complex spatial whole, which, by balancing between symbolic and narrative elements, encompasses all aspects of contemporary art practice. A sort of geographical indicator is a video projection of waves bursting on the coast with almost abstract, gestural effect of white foam on the blue background of the sea and the sky – a motif typical of pseudo-abstract compositions of domestic high modernism. Its static counterpoint is shown in flat surface-painted compositions with an island motif performed in Daldon’s achromatic manner. Within the space of the painting islands are treated as outlines, which divide it into the sea and sky. Mobile and immobile images in the exhibition’s set up so far have been relying on, or projected along the floor of the gallery, on which a broken rubber boat is installed as the backbone of the story and the center of the narrative. In the previous variation of the installation, the artist also presented the same dinghy as a motif executed with the combination of print and drawings on two papers, for the exhibition casually tied with tape and fixed to the wall. For the Salon Galić, the dinghy motif was executed on two monumental canvases with the combination of coal and acrylic. Finally, red sneakers, Converse All-Stars, half-dipped into a concrete block as object bearing the strongest symbolic charge are placed in the space as a connecting element. The colpomorto, most often, is a concrete block placed on the seafloor to anchor buoy to a fixed place, so that the boat can be tied to it. A darker association with the concrete block in the sea also involves the legs of the victim, who, like Daldon’s sneakers, are wallowed in concrete, reminding of mafia executions. Daldon’s installation gives the impression of a forensically treated crime scene in which the artist is both the victim and a forensic scientist. This ability to step back shows the skill and maturity of an artist who starts his work from a position of self-reflection.

Viktor Daldon realized his concept using the full range of accessible objects, from the art object, to those appropriated from reality, to those between the two poles linking them. As an artist, he employed multidisciplinary resources of the contemporary visual art practice and showed that his creative imagination easily transcends the medium in which he was affirmed and easily includes it in complex spatial-ambient projects. On a symbolical level, the metaphor of the colpomorto is by people on the coast understood as a weight that impedes freedom and development, most often impeding the mind of an individual who seeks something different and new while clashing with rigid traditional values ​​and customs. Here it functions as the key to understanding situations when the ballast of the local mindset is transformed into direct or covert violence, both in the individual case and at the level of functioning of the entire society.