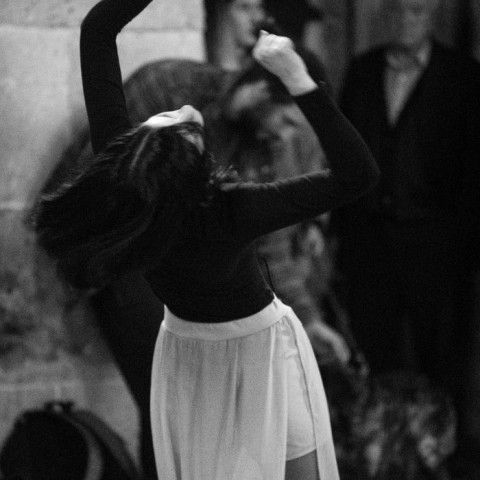 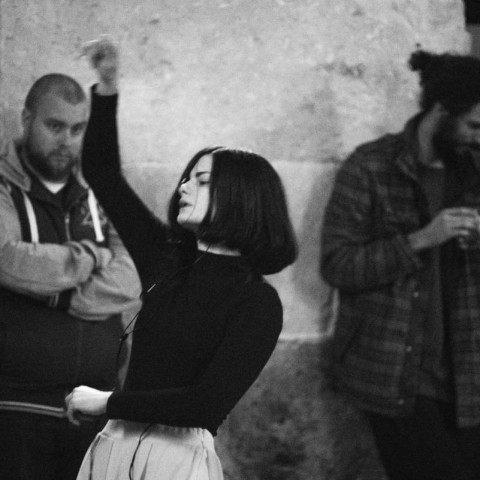 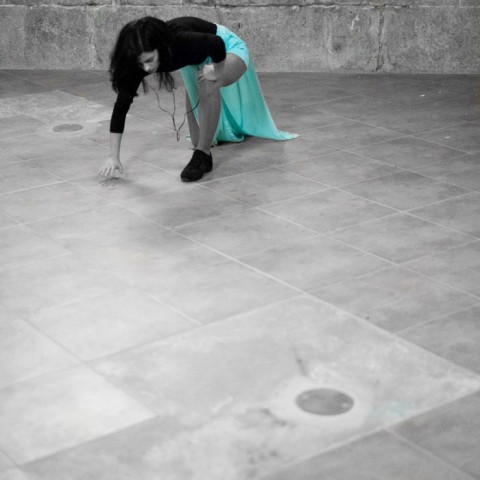 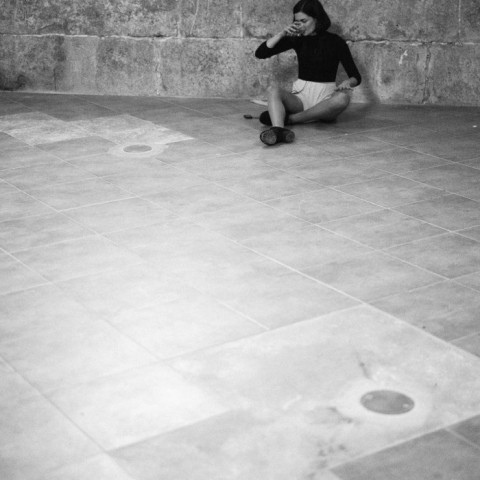 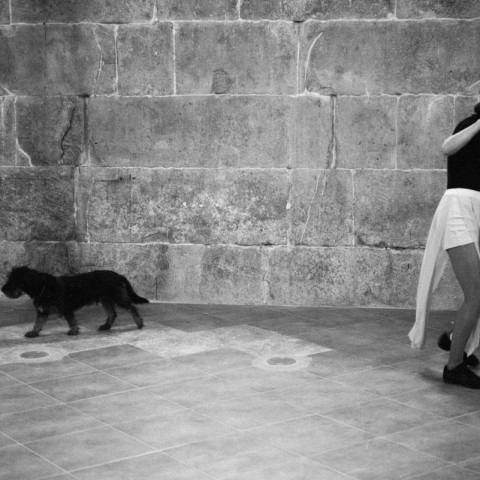 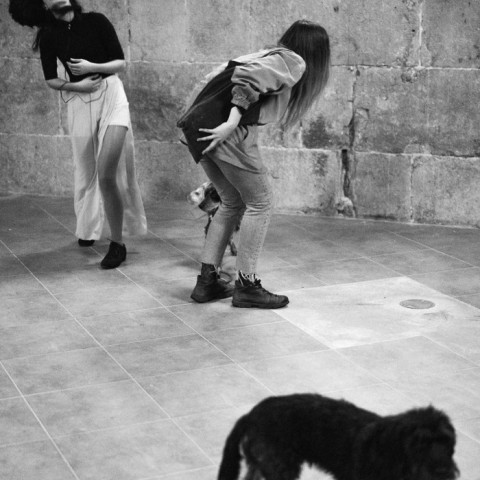 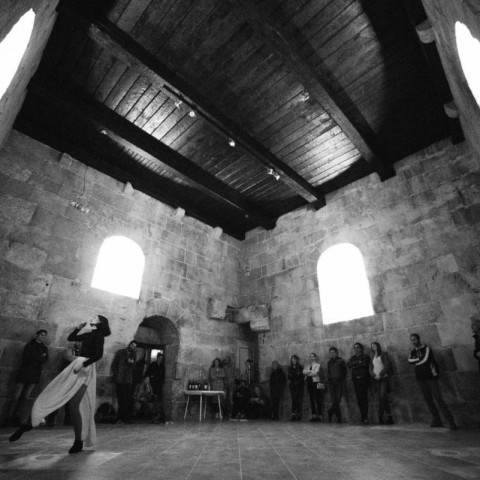 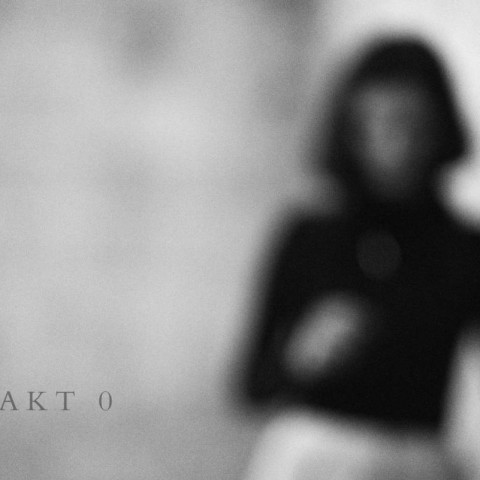 The artist will perform the event in one of the gallery spaces of the HULU Split. Thus, it will be realized under the heading “Tact 0” as an artistic ideal at the origin of conceptual art now viewed as a whole, where the artistic value in the sign of cognitive development of personality is equal to that of the world of inner nature – which is remembered by performing the marginal state of mental and social existence. Therefore, this new-reality phenomenon suggests a representation of feminine consciousness in the field of feminism, an impressionistic legacy of modernism in view of a mode that determines the unconventional, (nearly) destructive reflection of a self-enclosing self, but also the monistic naturalism in the nature of understanding the archetypal state of consciousness of those whose behavior is a product of the field imagination.

The methodical approach to “Tact 0” performance suggests concepts which arise when deconstructing complex work, and the necessary familiarization of the performance space as semiotic, as well as the assumption of a plan of the conceptual expression. According to what we have seen, we could expect an ascetic expression of the artist’s ‘back’ (as opposed to ‘face’), and the contradiction of art entities, since by understanding the universal language of art we come across an ideological change, that is, some dynamic structures due to such a direct liberation of the human spirit. Depending on the number of visitors, considering the space and time, it will be possible to introduce interaction during the performance. The question arises:  what is the intellectual circle that the artist has consciously embraced? Moving away from transcendence, we come across an axiom / syllogism in the form of a question, which seems to be a deviation from the certain – which is the truth, and therefore there is no beginning or end to the emergence of a poetic difference – the focus of which is not aesthetic value but radical individualism – more recent vitalism in whose sense  it can exist as a retreat, an unrealized ideal or as a subject of a known ideal and of its own intimism, nurtured in the purity of spiritual, mental and physical abstraction, but in the truth of the inner self, which reveals the ethical value of the microcosm.

The ontological microcosm as one concept implies the influence of the environment or the ultimate reorientation of alienation modes, since reminiscence and principality are correlated with imitation and deflection. It is a real life situation as communicated by the establishment of performance indoors, by the mediation of reminiscence, therefore contemplative in the form of a complex narrative. It is important to realize that “Tact 0” is not a restraint in any field of mitigated engagement in the nature of social criticality, but that it ultimately does not result in ironic discourse as a concept of alienation of a secondary type, frequent and therefore subject to trivialization and adjustment to authorities and those have not yet become authorities. What do all these people and anxiety mean, how and in what direction does this alienation reflect – by a liberating (view)? Synthetic works of a programmatic nature stand against gnosis, which encompasses the intellectual circles of popular culture, as well as literary and literary authorities, circles of Christian structure, and acts through the aestheticization of suffering (and death) or humorously by a zero-degree and deflection process.

It looks alienating, at a fictional level, since it is not nationally or globally culturally determined – it is a category of cognitive process and a representative way of experiencing and interpreting, that is, accepting or stimulating an understanding of the mundane, suggesting a shift of meaning and a departure from aesthetization towards imitation, where meaning is subordinate to function and for which replacement requires emotional effort, whereby behavior becomes the purpose, but it is also a valorized void, therefore sacrilegious but alienating and cold – non-social, virtual. “Tact 0” then acts as a departure from a-logic that would imply a certain freedom of thought and as ubiquitous ambiguity, because nothing is exclusive, and it seems like an absolute (of duration) – as a historical node, a galaxy view, the light-building potential of conceptual art due to individual insight into reality – moving away from essence. “Tact 0″ also suggests an associative notion of subjectivity as an alienating category, assumes anxiety as something inevitable in relation to the commitment to heritage, and considers the concept of relativity of the original memory or remembrance as a play, independent of reminiscence and the development of civilization at some level of figuration or abstraction – irrespective of the initial reminiscences in the form of memory of the world and national collectives, and regardless of the experience of plein-airism as an important precondition in the form of awareness levels. It would be populist to consider encouraging alienation in the form of cultural renewal in the sign of neo-individualism (of the general) – due to transitional deviation and subjectivity in the sign of conflicting behavior, which is a reflection of the pursuit of a higher value, something that is not inevitable but a reflection on the invaluability of the experience of globalization that change certain social values​​.

Then, alienation remains as the aesthetic superiority of the mundane and spiritual in the world – in the spirit of the profanization of materialism versus the traditional preservation of knowledge – and functionalism, whilst the Christian calendar fills in the gaps due to the disappearance of collective memory from reality. Therefore, the artist previously introduces a distinction / distinctive characteristic through exercises, the significance of two temporally and contextually distant performances, thereby problematizing subordination to the function of space, while recognizing the layer of symbolism and the national concept.

Nina Kamenjarin’s performance “Tact 0” acts as a reflection of modernity’s aspirations for the values ​​of conceptual heritage, and as a work of art at an intersection, reflecting a metafictional aspect with respect to the substance of the meaning of national alienation.

Nina Kamenjarin (born in Split in 1991) graduated from Sculpture at the School of Fine Arts, Split. She got her BA in Sculpture at the Arts Academy in Split, in the class of Professor Matko Mijić. She got her MA in 2016 (thesis: Simbioza skulpture i performansa“ / „Symbiosys of sculpture and Performance“) – mentored by Vlasta Žanić, Loren Živković Kuljiš and Blaženka Perica. She participated in the ERASMUS programme in Germany (“FH Aachen: Produkt und Design”). Aside from sculpture, her interests include performance art, video and other media practices. Nina Kamenjarin exhibited her work in Croatia and abroad, winning several awards, including the Essl Art Award 2015, Austria and one of the three equally-valuable awards at the 13th Croatian Sculpture Triennial in Zagreb.