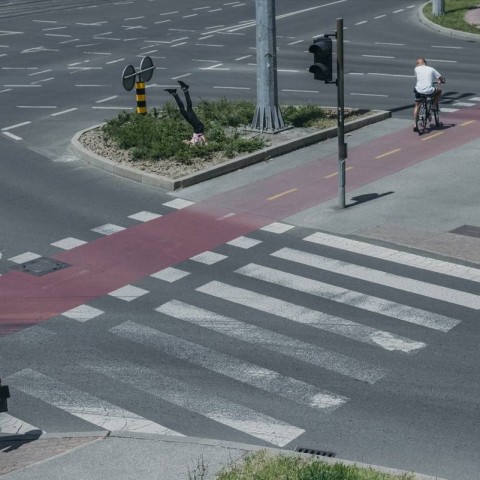 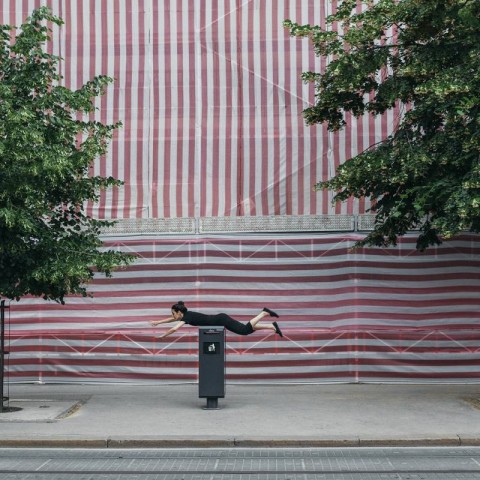 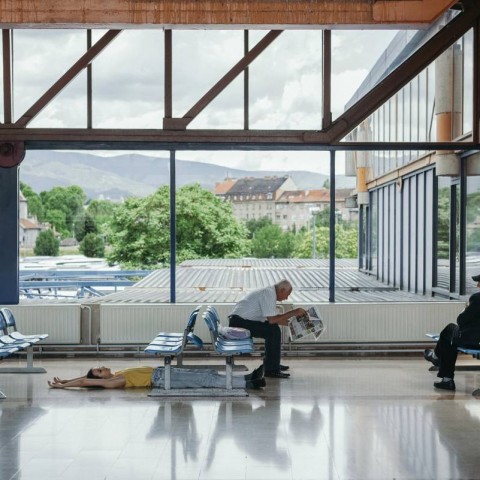 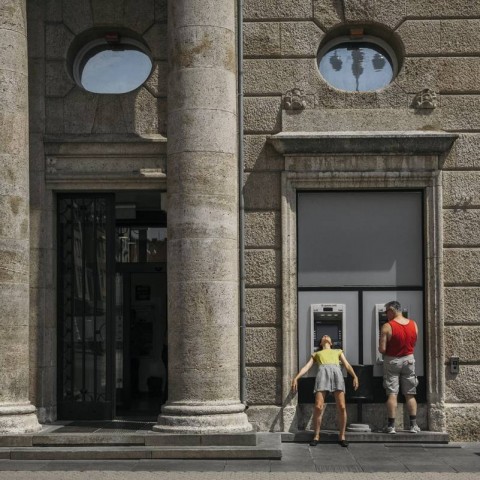 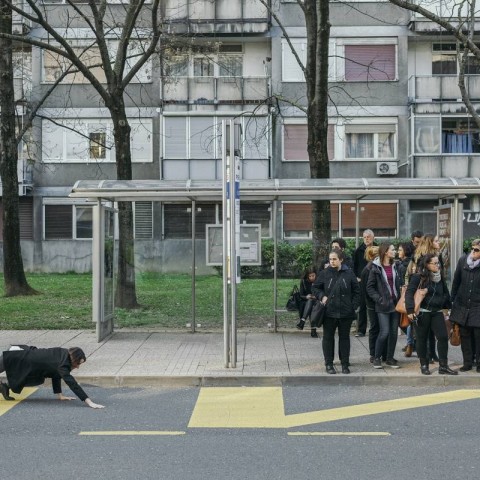 The body in the public space: Freedom of movement and norms of behavior

Public spaces are available and open for all citizens. Streets, squares, public transit stops, pavements, sideways, parking lots, waiting rooms, banks, bus and railway terminals, airports, all open and closed public areas are the places of meeting and transit as well as places for people to socialize and operate. In order for them to function in harmony, social communities have built stable and relatively long-lasting relationships, with a solid structure of written and unwritten rules. These rules determine how one should behave in public spaces and how to use them, prescribing what is (not) allowed, what’s socially acceptable and what isn’t, with the goal of allowing such a space to fulfill its purpose and offer security. This is not the sole purpose of these rules; they are also here to enforce the respect for personal and interpersonal communication space zones in order to avoid tension and aggression. The public space always brings challenges – it generates conflicting, dichotomous situations because norms, conventions and restrictions are respected on the one hand, but they are also rebelliously broken, transformed and „turned upside down“ within these same spaces. Contemporary art practices often deal with topics related to public urban spaces, so they are often chosen as locations for activist art interventions, performances and protests. They express disobedience and protest the mainstream modes of behavior and limited freedom in public spaces. The rebellion expresses the need for personalizing, opening up these spaces and the need for liberty to highlight individual values and artistic creativity.

Tjaša Kalkan, an eminent representative of younger-generation Croatian photographers, uses her series Dialogs to question the limits of freedom in public urban spaces. Her photographs/photo-performances explore the modes of movement and behavior as a form of showing disobedience and avoiding the mainstream norms. Her chosen medium is the female human body, installed within different public urban spaces through a performative process, adjusting it to the urban space forms and elements: safety mirror, fence, bush, meadow, tree, fountain, bus stop… The body is set in unconventional and even humorous poses and gestures, inspired by the freedom of a child’s behavior. This contrasts the mainstream clichés; it negates, deletes and redefines the popular canons, establishing a new communication pattern and semantics within the public space. „I’m making a mise-en-scene of the female body in relation to passersby“, says Tjaša Kalkan. „The staged body is used as a starting point for constructing the photograph, establishing the performativity through an unstopped production of body poses which contract the mainstream ones, making me question the modes of creating norms and how meaning is made through the representation of human body.“

The body is a unity of the subject and the object, of materiality and spirituality. It is also fluid and poetic, mutable and fragmented, order and chaos. That is why it’s an extremely intriguing mode of expression. In performance, the body is the art medium, the object and the carrier of the event, which is set within a space, developing a relation to the environment. Performance practices unite procedures, actions and behaviors displayed by the body in front of the observer, within a gallery or public space. In contemporary art, performance is the most efficient medium for expressing direct reaction to socio-political occurrences and a way of offering resistance through physical intervention in public spaces. Also, it’s the best method of questioning the everyday life and to create contact/dialog with the audience. Performance processes are often an element of works made by various artists – especially photographers – who use cameras to document directed scenes, following all of the phases of the body moving within the space as well as the reactions of the audience/passersby. Hence, the idea of the photography medium is widened through performance (non-photography) processes. Tjaša Kalkan enriches her photographs (brief, refined, simple, of pure compositions) with additional play between the reality and fantasy, giving the whole series an exciting semantic framework and new life.

Tjaša Kalkan was born in 1987 in Travnik, Bosnia and Herzegovina. She received her MA in photography from the Academy of Dramatic Art (Zagreb), as well as a BA in German and French language from the Faculty of Philosophy and Social Studies (Zagreb). She worked as a photographer in internation movie sets and she cooperated with multiple theater, film, dance and music projects and festivals. She’s been exhibiting since 2010 with dozens of solo exhibitions and over 20 group exhibitions in Croatia and abroad. She received significant awards for her work: Special Award for Young Authors (Rovinj Photodays festival, 2012); Special recognition from jury (HT-awards for Croatian contemporary art, 2012); Audience award (10th HT- awards for Croatian contemporary art, 2017); RC Young European Art Award (Austria, 2017); Audience award (12th HT- awards for Croatian contemporary art, 2019). Her works can found in the The Museum of Arts and Crafts in Zagreb, Zagreb City Museum, Art Collection of Erste &Steiermärkische Bank, Zagreb, Art Collection RC Art Award Europe (Austria), as well as in the Private Collection of Eurocomm PR Wien Holding (Austria).  She is a member of HDLU Zagreb (since 2016) and the HZSU (since 2017).