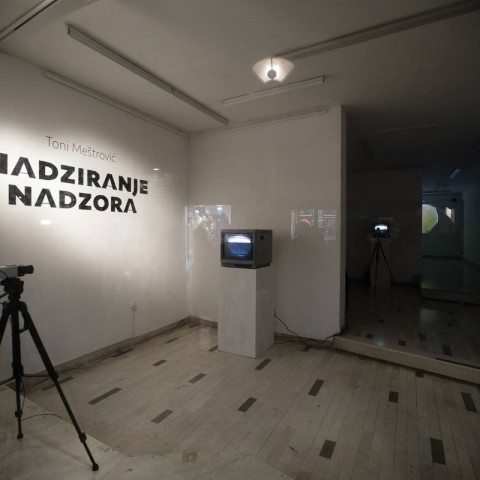 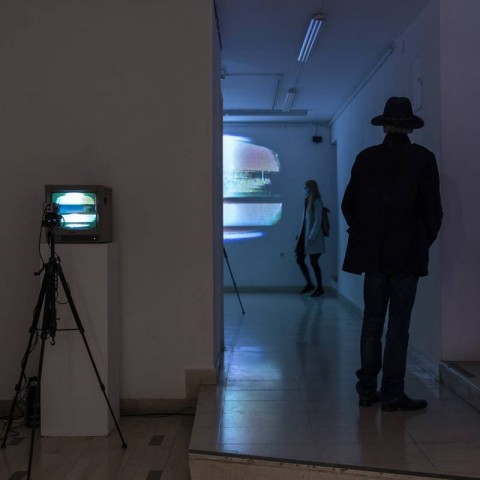 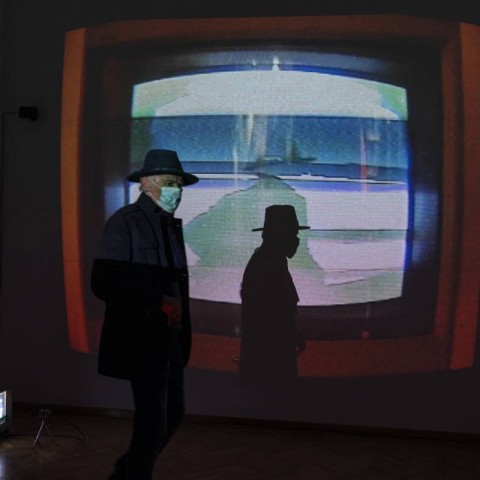 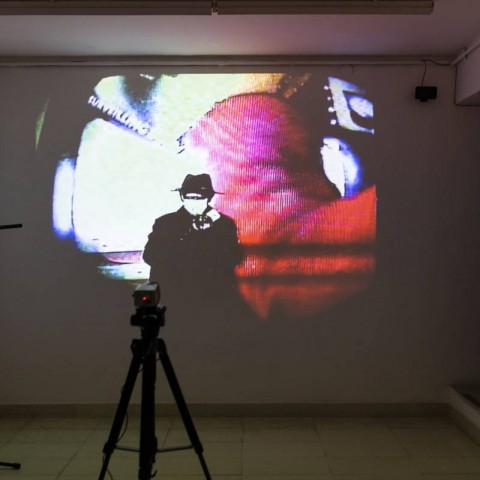 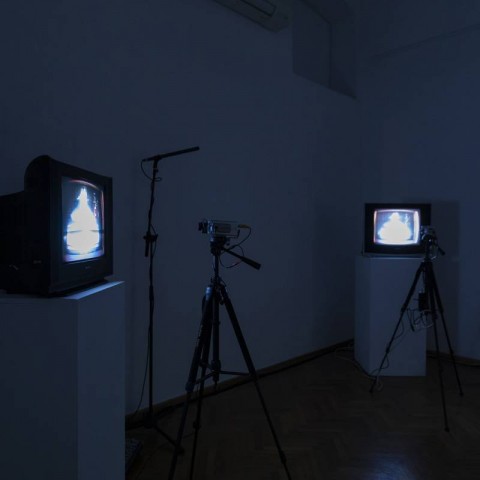 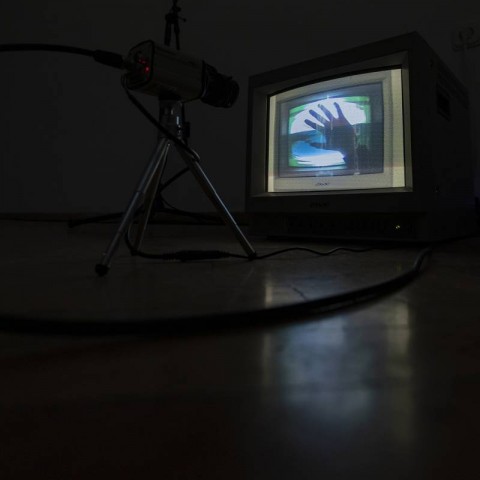 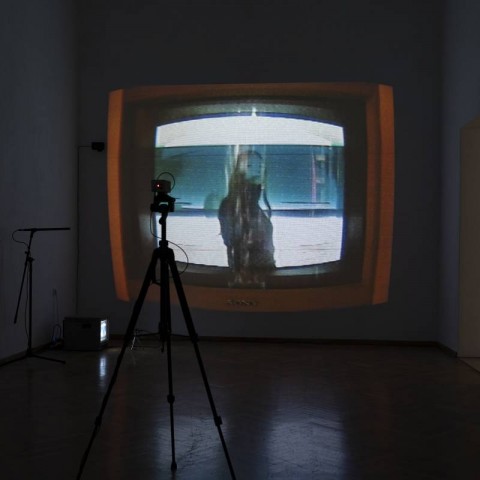 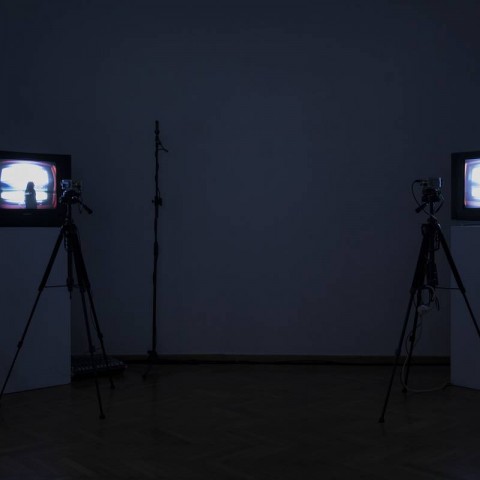 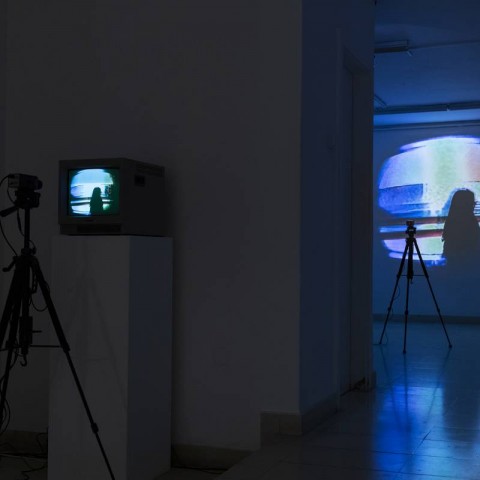 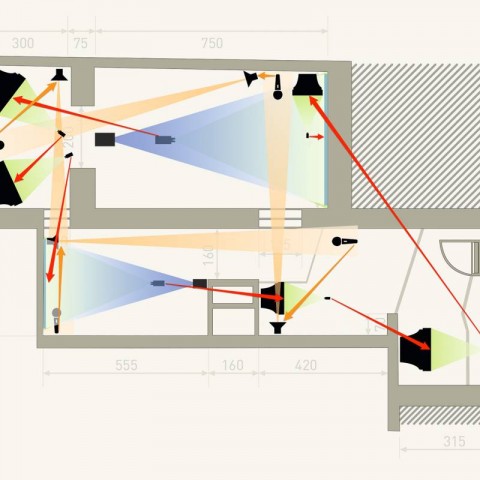 In the contemporary world, enveloped in a network of new information and communication technologies, the awareness of the gathering, storage, and availability of the most diverse types of information is becoming an increasingly represented topic, both in public discourse as well as in art. We are becoming ever more conscious that information regarding our whereabouts, the satisfaction of our basic needs via the services and goods we consume, and the people we communicate with, go beyond the personal domain and extend into the public space. As a result, we almost entirely lose control of the distribution of such information. Structures which, through manipulation, can affect the economic, social, and political aspects of each of our lives now seize control based on the data they’ve gathered. Yet, what happens in this process to the very information and technology through which it gets transferred? Who or what controls the means by which information is gathered and stored? Are we constantly under the surveillance of powerful individuals/groups or is control surrendered to technology under the premise that the settings in its initial design are completely stable? What is truly happening to information as it gets filtered through a medium which has its own logic and laws?

It is precisely these issues that concern Toni Meštrović in his most recent installation entitled Surveilling Surveillance with which he resumes a kind of experiment begun in the project Hack the System which was presented in the Museum of Fine Arts in Split in 2018. On that occasion, the artist set up an interactive closed-circuit audio and video installation in the entire exhibition space. As its medium, it used the museum’s video surveillance system. Although this system is essentially benign and does not invade the individual’s privacy, Meštrović used it to provoke the museum-goer by means of an experiential component. In doing so, the visitor could rise above the level of abstract information and, through this immersive installation, perceive the problem of surveillance in its entirety on an experiential level. This time, in Surveilling Surveillance, the artist disregards the visitor and focuses on the technology itself, or rather on what’s going on with it, independently of the potential visitors in the exhibition space. Throughout the gallery space, he intermittently places surveillance cameras which record screens or projections, connecting one element to the next, until they make a full circle, back to the place where the first camera is recording the content on the last screen. He does the same with the audio segment of the installation – he connects a microphone pointed at a speaker, which is then directed towards the next microphone which picks up its sound, and so on until the circle is closed. The media that register and reproduce a signal thus become self-sufficient because, by provoking one another, they create content regardless of what is happening outside of the assembled circle. Basically, the technology starts to refer to itself. However, the visitors, although unneeded for the work’s realization, influences the audio-visual system of feedback with their presence and interacts with the work itself by appearing in the video image and bringing sound into the enclosed system. With this addition of contents, there is a greater chance that the change which occurs from the initial impulse to what we, in the end, receive as information is more clearly perceived.

Even though Surveilling Surveillance deals with a truly pressing and contemporary problem, Meštrović methodologically and conceptually returns to the very source of video art. In that sense, this work, like the aforementioned Hack the System, is to some extent an hommage to the 1970s. During this formative time, video art aimed to define itself based on its differential relationship towards the media of film and television. As a specificity of the medium of video, the possibility of using feedback, originally taken from television and radio technology, stood out. But within these original media, it was treated as a nuisance; it was completely undesirable. Still, the multiplication of image or sound in video art has resulted in some of the most interesting closed-circuit videos promoted by pioneers of video art such as Nam June Paik, Bruce Nauman, or Peter Campus. Meštrović builds both of the previously mentioned artworks precisely on feedback and analogous technology. In doing so, a rampant multiplication of image and sound becomes the basis for the transfer of the fundamental idea of this piece. The meaning and relevance of such a process reveal the artist’s knowledge of the fact that quoting one of the most interesting aspects of the history of media art can provide an entire toolkit with which the artist produces radically new structures for the observation and new contexts for the use of video images and sound in the contemporary praxis of art.

Toni Meštrović (Split, 1973) is a multimedia artist working predominantly in form of video and sound installations. He graduated with a Graphic Arts degree from the Academy of Fine Arts in Zagreb in 1999, where he produced graphic arts, sculpture and installation. Due to his interest in electronic audio-visual media, he studied Video/Digital Imaging at the International Summer Academy for Contemporary Art in Salzburg in 1997, and completed a two-year postgraduate diploma in Media Art at the Academy of Media Arts, Cologne in 2004. Video, sound and audio-visual installations produced during Meštrović’s postgraduate studies explore his personal perception of the sea, and the island where he grew up. After his return to Croatia in 2004, his work deals with themes of cultural heritage, identity and the transformations that have occurred in Dalmatia due to the period of transition. Some of his continuous thematic preoccupations are the assimilation of the linear and cyclical time and the exhaustion of a type of narrative that we are used to and expect in our quotidian lives, as well as a wide range of the topic of change, either as a record of evaporation of water like in a closed circuit video installation, or as a commentary of social change.

Since 1992, he has taken part in group and solo shows, as well as video festivals, in Croatia and internationally. He has been awarded scholarships and awards, such as the Young Artist Award by the Croatian Artist Association and the Second Prize at the T-HTaward@MSU.hr exhibition in 2013. He lives and works in Rijeka and Kaštela, and is Associate Professor at the Arts Academy University of Split, Department of Film and Video.