On the stone that springs out of water surface surrounded by high rocks, Gildo hits his head mechanically on it, while simultaneously disrupts the sounds of nature, but also accentuates them. The moves he does are uniform as well as the rhythm which they produce and author hence becomes the certain machine, the robot that does exclusively one activity. Although he is naked, Gildo protects his head with the plastic helmet that is nowadays used for work protection, wherewith he is unmistakably placing the activity in present time, the present that makes the obedient machines from men, and it also wants to do with nature. This author's performance isn't only the warning to the people about the place and in which environment they live, but it is primary a certain homage to nature or the warning that we should certainly fear the modern courses of civilization. This artist's act is basically a ritual, totemic bowing down and rudimental ceremony, the kind the people conducted when they were symbiosis with nature, which is increasingly rare in the world of today.
Next video, ironically named In cooperation with nature, shows that the warning wasn't useful. The wind cradles the branches on the large three, but instead of leaves, the plastic bags are blinking everywhere, that was carried here from the nearby junkyard by the same wind. Plastic bags are also found in the hands of the streams of refugees that are unstoppably moving to the countries of the European Union, primary Germany. In Greece, the southernmost country of Union, the veritable refugee drama is happening these days, and it oneself has become the shield of particular European interests because of which they need to break their humane principles. During the last year's July, that country was, for its financial problems, blackmailed by Union, and that service is now profusely paid out.
Seeing what is happening, Gildo went to the scene of these misfortunes, Greece, where he, in cooperation with the young actress and performer Tina Keserović, recorded the video artwork Europe sleeps, in which the woman figure, as allegory of Europe, painfully and with stutter, slowly as a lullaby, sings Beethoven's Ode to Joy in the original, German, version. In the front of her naked body is the flag of Union, and artist, sitting half-naked, is covering flag's yellow stars with the blue color until they disappear and merge with the background. The video was shot at night, on some hill in Athens from which one can clearly see, lit by red light, Parthenon, and Acropolis – the symbols of the birth of European civilization. The red color dominates the last artwork of exhibition, named The Waking of Europe. Gildo, now in the red costume of superhero, in front of the equally colored flag of European Union, covers the body of a woman clothed in the colors of German flag with the red color. Standing on the white platform, woman unwillingly is shouting the verses of the song Bloody Red Flag, the German variation of popular Italian song Bandiera Rossa. Simultaneously, Gildo is almost hitting her with the hands sodden with red color but afterward, he daubs her with the healing and protective moves, until the woman, exhausted and completely covered with red color, falls on the platform.
This performance symbolizes the tacit leadership takeover of European Union by Germany, as well as the leadership role of its chancellor Angela Merkel in the actual refugee crisis. Performance is, of course intentionally, conducted in the German town of Jena, where the official black-red-golden flag of Germany was presented for the first time in 1919, and which the Nazis replaced in 1933. with the red color with the applied swastika. Nowadays in Jena, as in most of the cities in the former East Germany, the Nazi movement again grows and swells and the burning of refugee asylums and demonstrations against the foreigners are the everyday occurrence. Is this Bavčević's performance, in which the red color dominates, is calling for setting up Europe on the more humane principle of the Marx-Engels provenance, or it is expressing the fear from the possibility of the establishment of Fourth Reich? The answer is not simple, much as the future of Union is not certain. The refugee crisis is a great test primary to the humanitarian values that are built into the European Union's constitution, but also in every civilized country, but would the human values, for which Gildo Bavčević completely, truthfully and sacrificially stands for, really win, or the battle will be won by the dirty courses of money, on which consequences the artist permanently and systematically warns about, we will see in the near future. 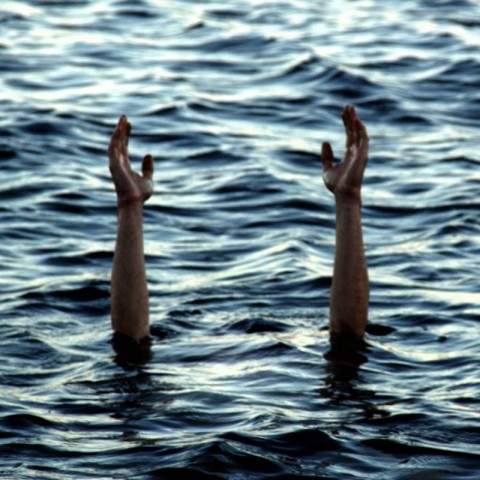 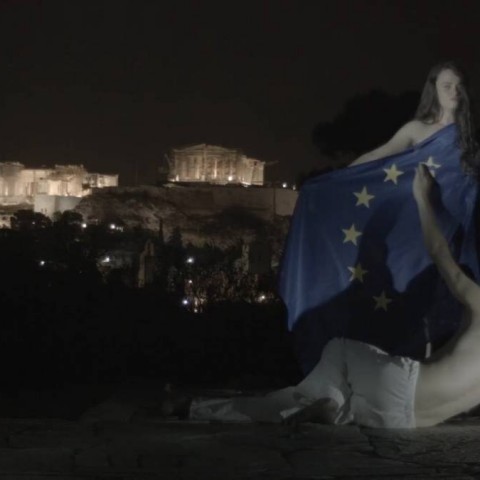 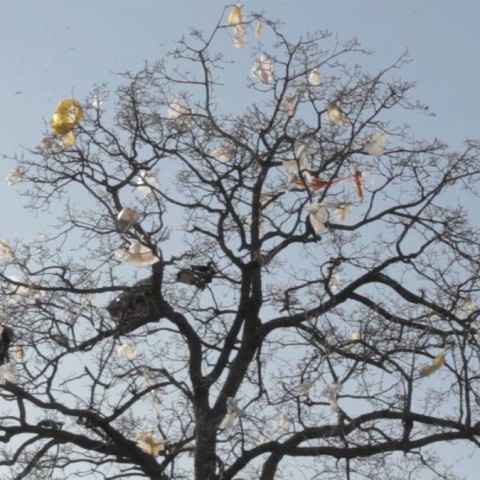 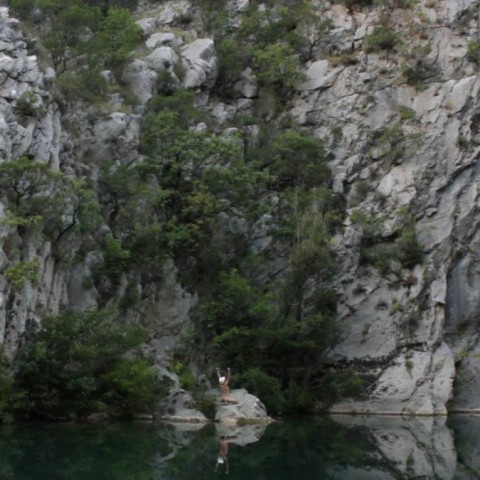 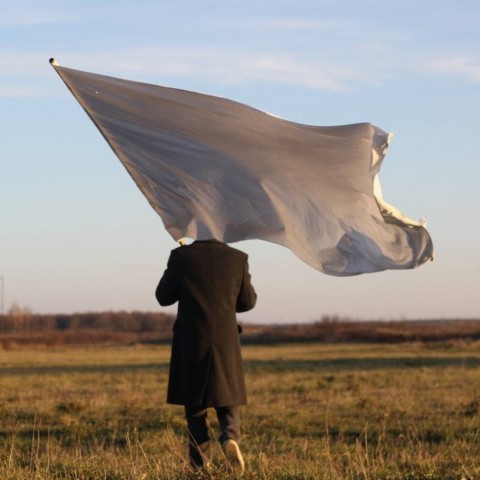 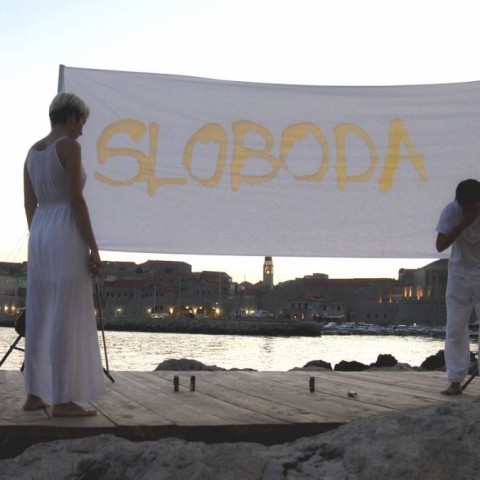 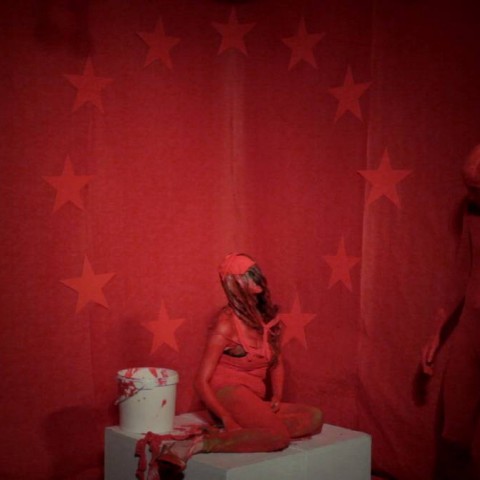 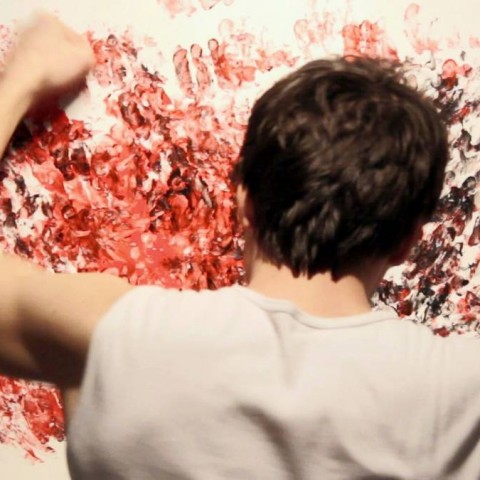 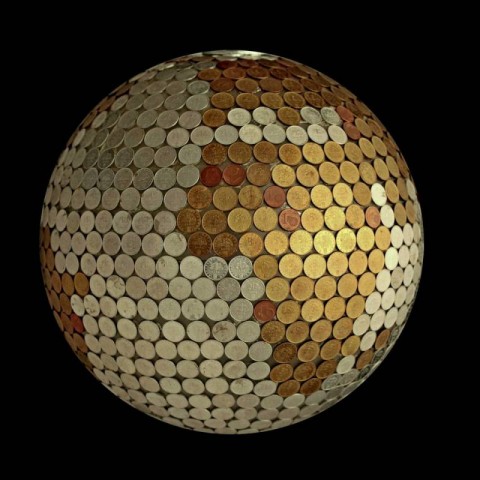 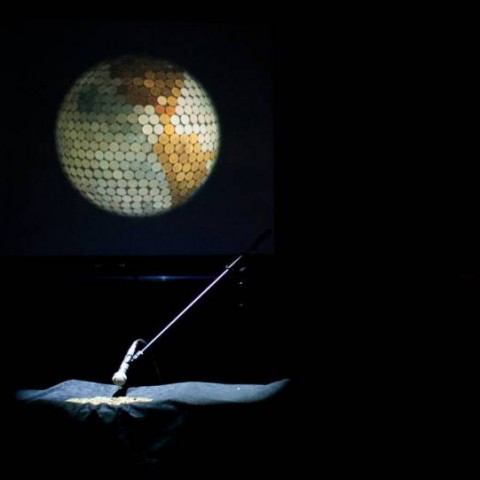 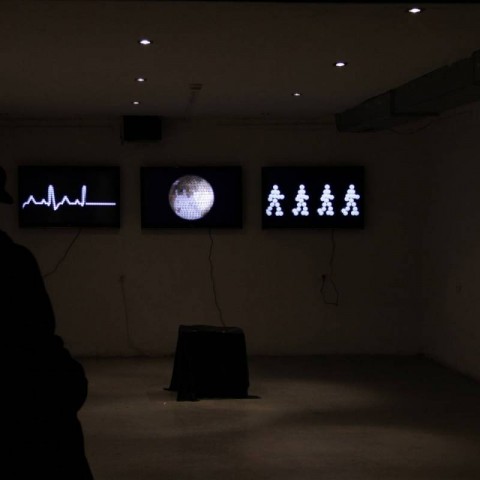 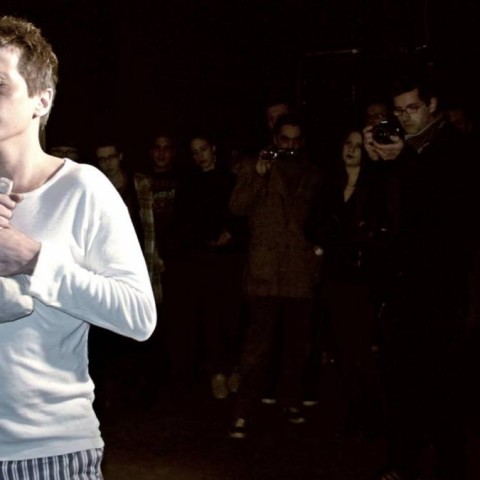 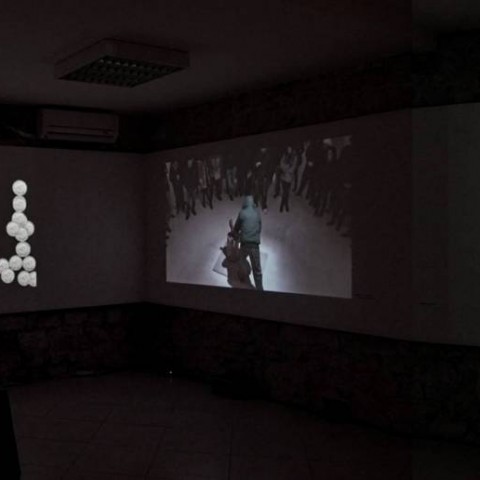 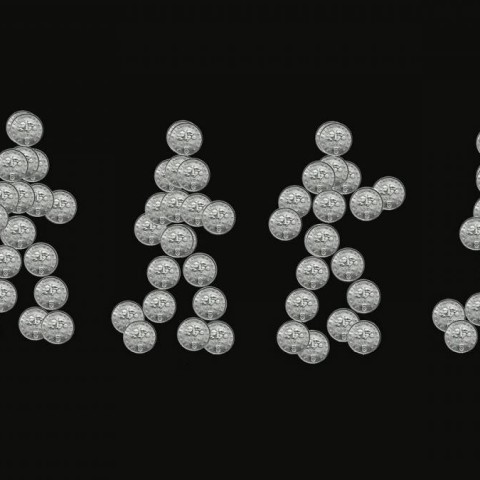 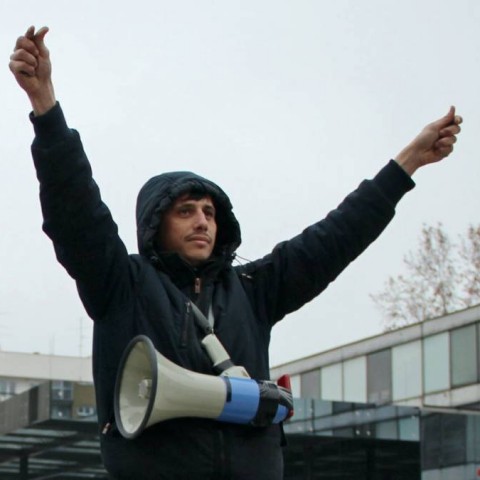 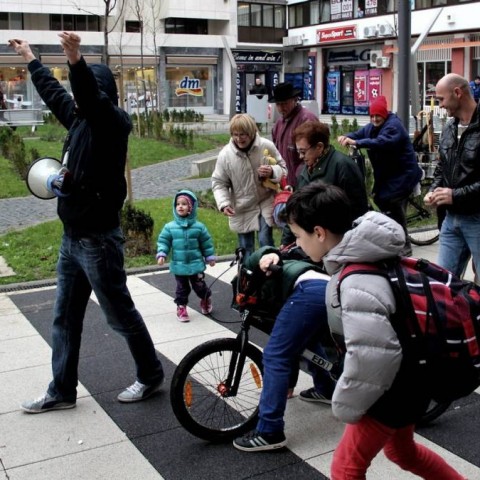 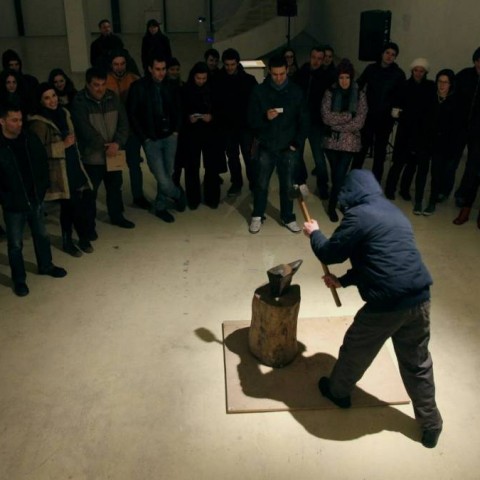 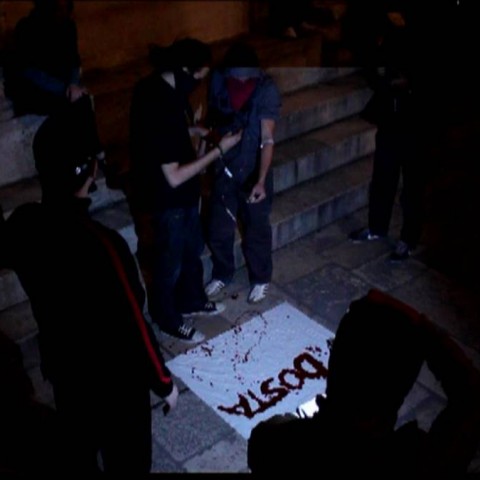 (Split, 1979) is a multimedia artist (performance, video, film, artistic actions, multimedia installations, audio projects, sound recording and design). He has created many performances, video performances, video installations, short films, as well as the sound in three feature-length films. In addition to the presentation of his works in his solo shows, he has participated in a large number of group exhibitions and festivals in Croatia and abroad. He has won a prize at the 39th Split Salon exhibition of contemporary art (Splitski Salon) for his video performance Plastic Man Machine and first prize at 46th Croatian Film Festival (Revija hrvatskog filmskog stvaralaštva) for his documentary Mreža solidarnosti (Solidarity Network), which was his graduate thesis in 2013 with which he obtained his MA in Film and Media Production from Split's Art Academy, from which he received the title of assistant professor. He is a member of both the Croatian Freelance Artist Association and Split's Croatian Visual Artist Association. He lives and works in Split.