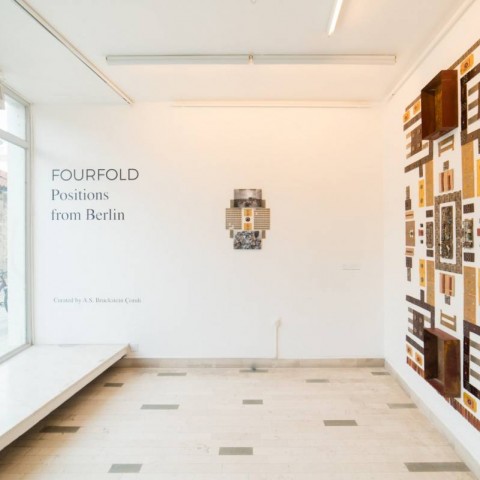 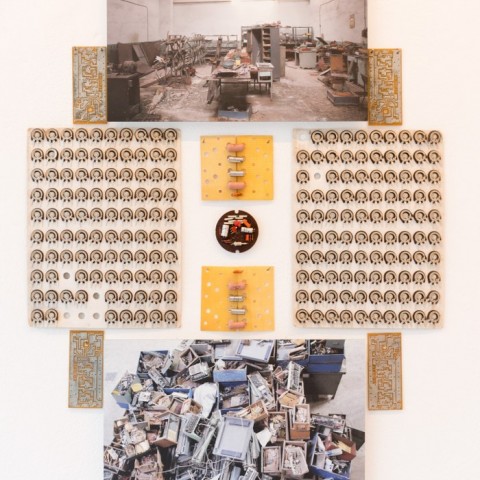 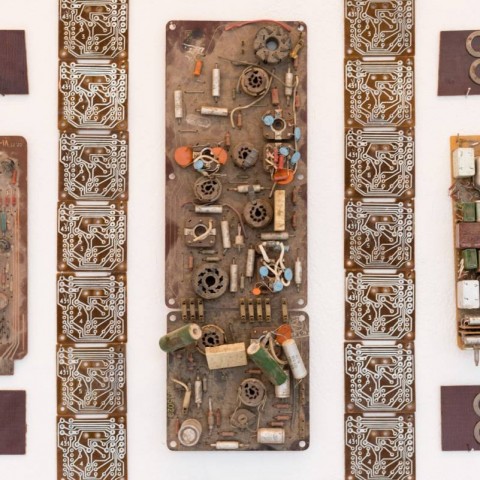 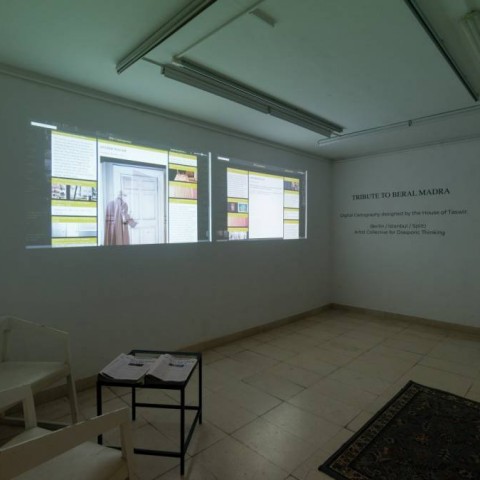 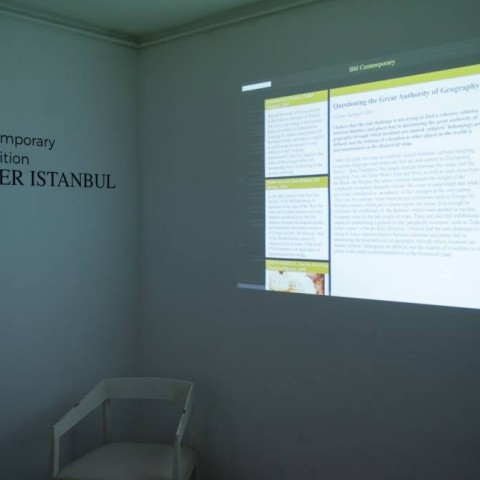 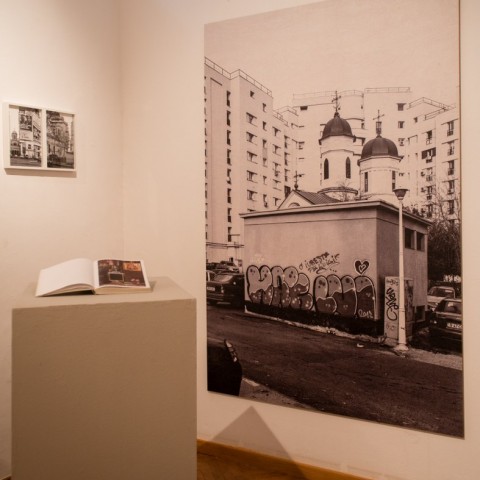 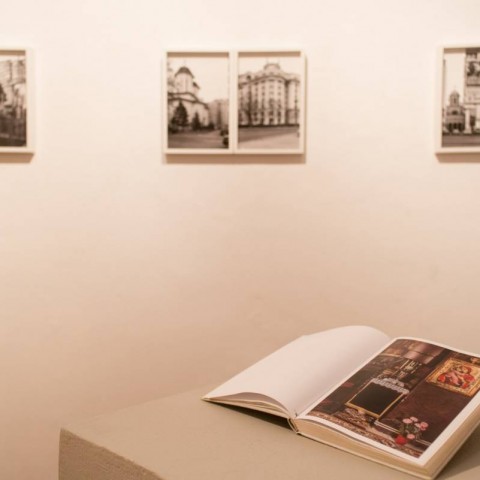 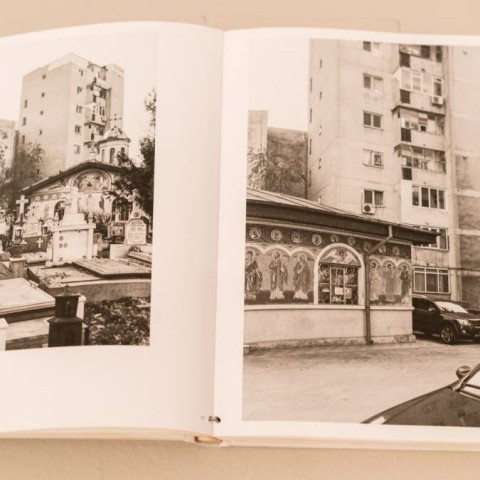 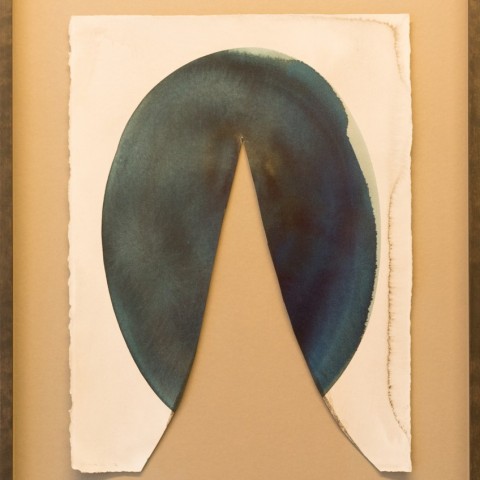 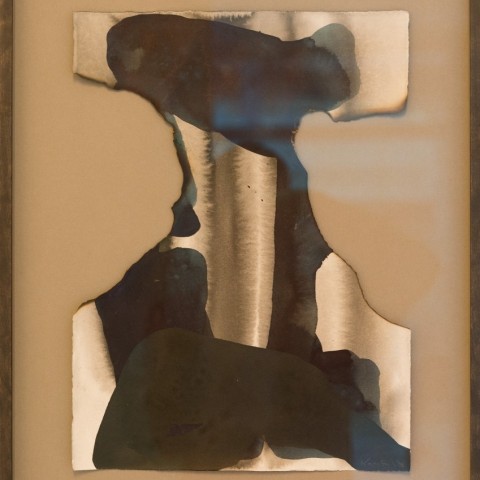 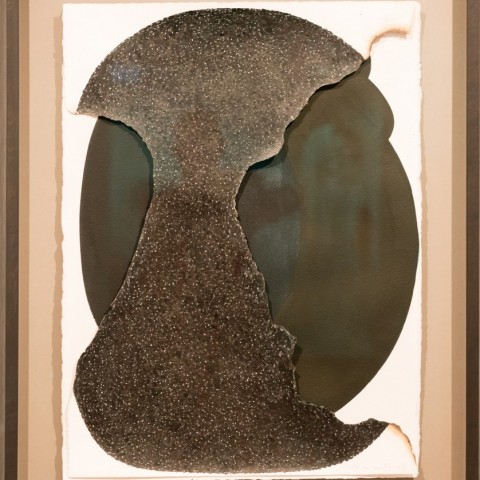 Solo-positions include iconic paper works by Ali Kaaf, a newly commissioned “Impuls” work by Silvina Der-Meguerditchian, a current edition of the celebrated photo-series Mobile Churches by Anton Roland Laub, and a performative house of study – the world premiere of House of Taswir’s “Echo Chamber Istanbul.”

The “Echo Chamber Istanbul” is a walkthrough installation inspired by the archive of Istanbul curator Beral Madra with hundreds of digital mural fragments, showing works of art, texts, poetic fragments, sound-and-motion clips, letters, and other items referring to BM CAC, one of the most important archives of contemporary art in the entire region.

“FOURFOLD. Positions from Berlin” presents a visual critique of uniform identities, both serious and ironic, poetic and inquisitive.

ALI KAAF
Born in 1977 in Oran, Algeria to Syrian parents, Ali Kaaf graduated from the Institut des Beaux-Arts in Beirut, Lebanon, and continued his studies at Universität der Künste (UdK) in Berlin. His works have been shown in solo exhibitions in prestigious venues across Amman, Damascus, Beirut, Berlin, Rome, Billings (USA), and Paris. In his multifaceted work, Ali Kaaf develops unique artistic forms exploring point and line, shallow space and depth, black and white, planes and shapes, rhythm, fire, erosion, light and shadow – rendered into different variations in a range of different materials. He currently lives and works in Berlin.

Born and raised in Bucharest, Anton Roland Laub lives and works in Berlin. Bucharest’s recent history, as well as the legacy of Ceaușescu’s dictatorship, are one of the main focuses in his artistic practice. His work is grounded in extensive research. With the work “Mobile Churches”, he was nominated for the Dummy Book Award at the International Photography Festival Les Rencontres de la photographie, Arles and also at the Unseen Photography Fair Amsterdam. With the eponymous photographic series, he was nominated in 2018 for the New Discovery Award at Les Rencontres de la Photographie in Arles. He has exhibited a.o. at Photo Saint-Germain, Paris; MakeCity Festival, Berlin; European Month of Photography, Athens and Berlin; Format Festival, Derby; atelier35, Bucharest.

SILVINA DER-MEGUERDITCHIAN
The artist is the granddaughter of Armenian immigrants to Argentina. Since 1988 she lives in Berlin.Silvina Der-Meguerditchian’s artistic research is multidisciplinary and the artist uses different medias in her work. Since 2010 she is artistic director of Houshamadyan, a project to reconstruct Ottoman Armenian town and village life. In 2014/15 she was a fellow at the Kulturakademie Tarabya / Tarabya Kültür Akademisi, a residency program of the German Foreign Ministry and the Goethe-Institut İstanbul. In 2015, she participated in “Armenity”, the Armenian Pavilion awarded with the Golden Lion at the 56. Venice Biennial for best national participation. Her work has been shown in many exhibitions around the world, such as in Germany, Argentina, USA and Turkey. Her last initiated collective project “Grandchildren, new geographies of belonging” took place at DEPO Cultural Center- Istanbul. In 2018 she participated at Hello World. Revising a Collection, a critical inquiry into the collection of the Nationalgalerie and its predominantly Western focus at the Hamburger Bahnhof Museum in Berlin. Since 2014 she works with „Women mobilizing memory“ a group of artists, writers, museologists, social activists, and scholars of memory who focuse on testimony as responses to socially imposed vulnerability and historical trauma.

SHULAMIT BRUCKSTEIN
Shulamit Bruckstein, a.k.a. Shulamit Çoruh, is the founder and artistic director of Taswir Projects, a collaborative platform for artistic research and diasporic thinking (Berlin/Istanbul). She is a writer, curator, art critic, and architect of the Taswir atlas. www.taswir.org