Sara Rajaei / From an unknown destination to the rest of the world... 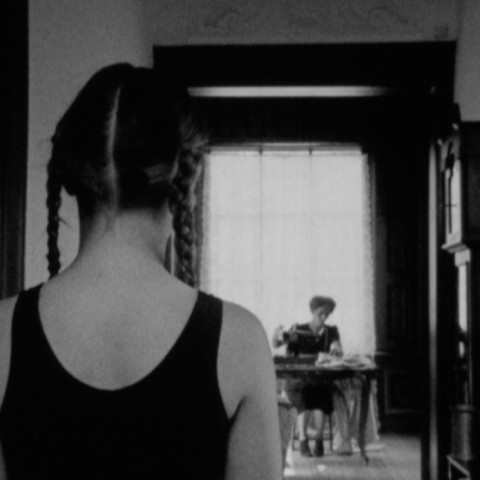 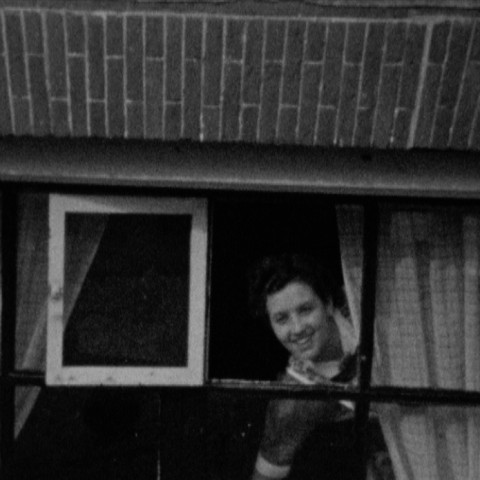 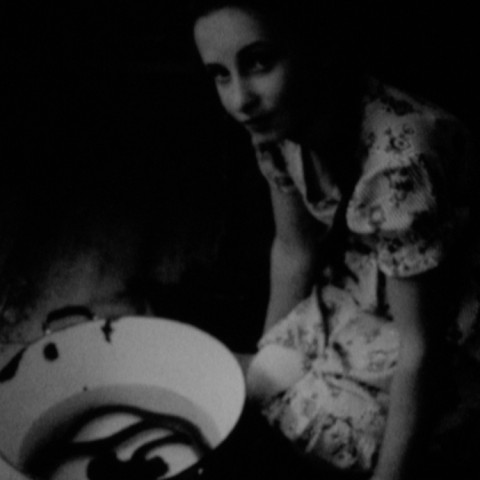 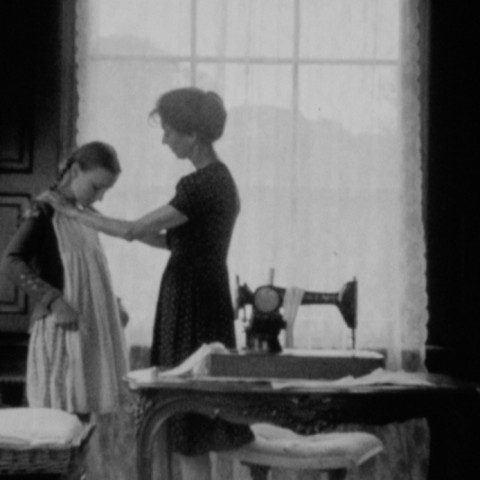 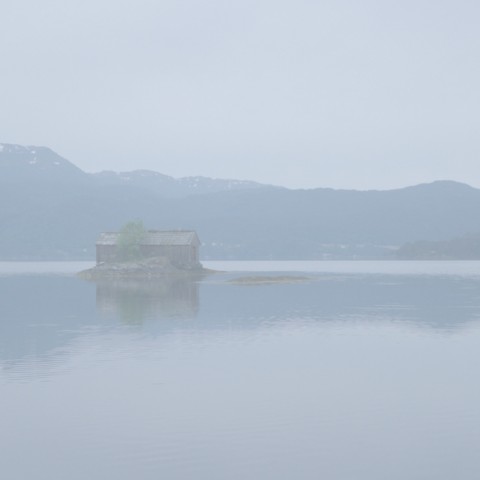 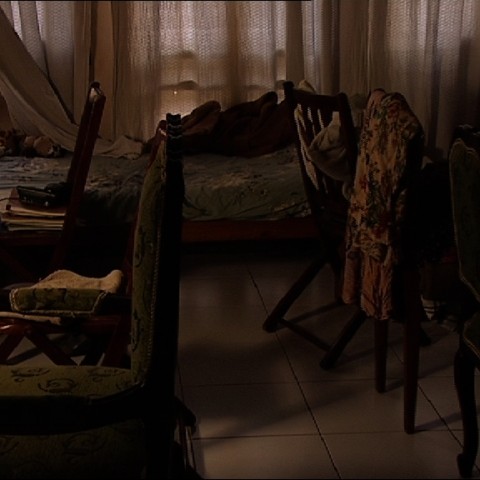 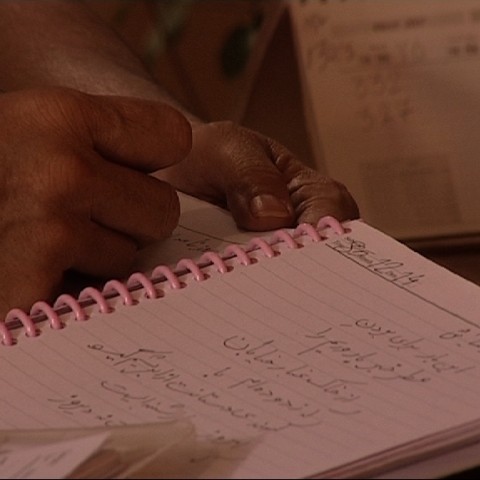 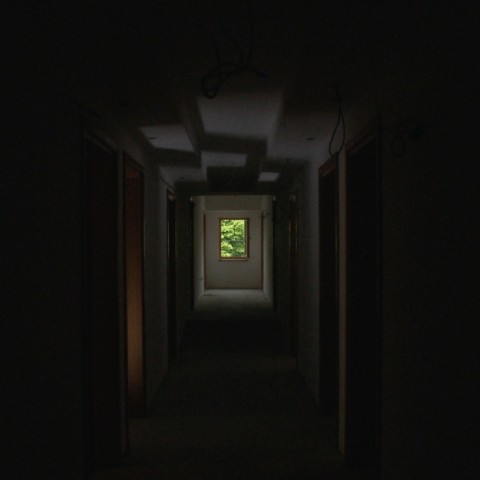 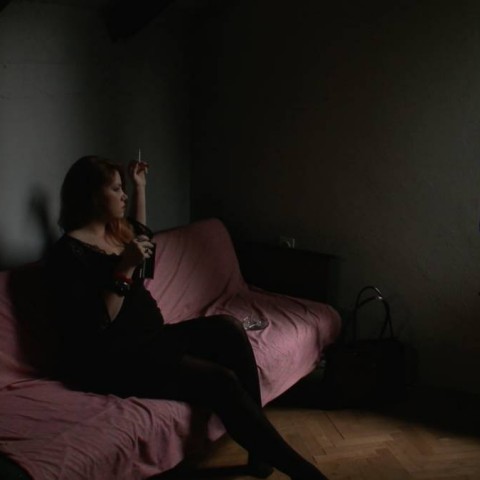 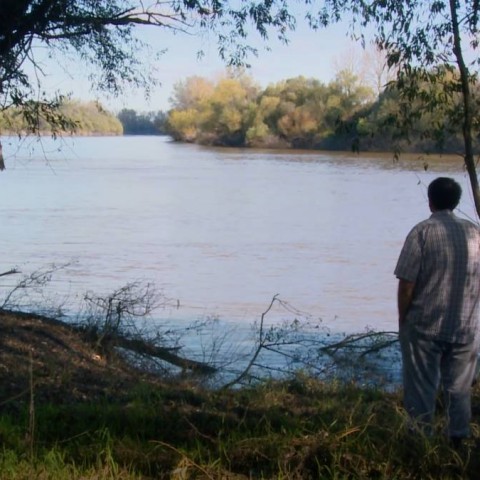 FROM AN UNKNOWN DESTINATION TO THE REST OF THE WORLD…

Sara Rajaei, video artist, in some ways embodies the ‘medium’ itself, remembering and recording stories, being the one through which the voices of the living and the dead communicate. We are mostly talking about long forgotten situations; sounds and words that are inscribed vividly into her in form of images, ‘images-memories’. In the context of the works exhibited in the gallery space, Rajaei’s artistic poetics is similar to that of film. Concise narrative tone of her video works is usually accompanied by highly aesthetical visual material, and the mise-en-scène is in some cases prepared in advance. The artist experiments with her works using the process of montage, most frequently through combining  ‘voice-overs’ and visual material, without imposed boundaries. She approaches this process in a playful manner, which sometimes shows that the scene recorded for a specific part of the text is perhaps better suited elsewhere. These types of video works, very similar to film, were developed at the end of the 20th century, after the rise of digital technology that brought new possibilities of manipulation and made the process of montage easier. Artists increasingly begin to use postproduction effects, bringing narrativity into their video works. Jean Christophe Royoux calls these new video forms ‘cinema of exhibition’, and Catherine Fowler coined the term ‘gallery film’.[1] World famous artists such as Matthew Barney, Pipilotti Rist, Doug Aitken, Bill Viola etc., as well as Sara Rajaei’s works certainly fit that bill.

The exhibition in Diocletian’s Basements comprises four different works, in three variants of the same medium, depicting four different corners of the world and mentalities. We are talking about a recent video installation In the Gaze of Panoptes (2016), a short film The Motel in the Well (2016), a video installation Objects of Purely Sentimental Value (2010), and a short biopic Shahrzad (2009). Each of the four works was inspired by the stories and people from different countries, Norway, Croatia/Bosnia and Herzegovina, Holland, Iran… However, each of the works tends to be universal in its own right. That is where the exhibition title From an Unknown Destination to the Rest of the World… comes from.
In the gaze of Panoptes counterpoints the stillness and wateriness of the Norwegian landscape with a life story narrated by the voice of a man who left the city in order to live in the wilderness. Unlike most of the works made by the artist, the camera here is static, and the large, slowly interchanging, projected landscape scenes remind of (wall) paintings.[2] Monumentality of the large projections displayed in exhibition spaces after the ’90s is also brought from the art of cinema and developed thanks to the availability of new technologies.[3]
The rest of the works at this exhibition were recorded using a mobile camera, trademark of Rajaei’s oeuvre, however, each of them is specific in terms of their form and content. The Motel in the Well brings classical narration along with various images. The story is divided into two voices, father and daughter, telling a story of the Homeland war, ex-Yugoslavia and their childhood. Although this is not a documentary film, the filming locations are authentic, giving it a special distinctiveness. Objects of Purely Sentimental Value, the only textless video work, can be related to The Motel in the Well as it was made as a site-specific video installation for the Frankendael House in Amsterdam. The work was commissioned and the artist was supposed to engage in the stories of the tenants. In this case Rajaei combined the existing 8 mm film shot by one of the Frankendael House tenants during and after the 2nd World War with the footages made by the artist additionally. Shahrzad is a portrait of the Iranian poetess Shahrzad Beheshti Mirmiran, filmed in a very relaxed and subtle way. The film atmosphere is conceived in such a way that no detail disrupts or steps out of the portrayed character’s charisma.

Exhibited works predominantly deal with people belonging nowhere – immigrants, refugees, visionaries… merely relocating their bodiless stories into deserted interiors of actual locations such as motels and houses (as in The Motel in the Well and Objects of Purely Sentimental Value), while on the other hand Shahrzad depicts a living person inside her own home. In the Gaze of Panoptes is the only film shot in the exterior; however, it possesses a ‘documentary’ component as the story itself is a blend of stories told by various immigrants living in the Norwegian city of Bergen today.

From an Unknown Destination to the Rest of the World… Sara Rajaei’s works retell stories using actual voices from different corners of the world, uniting all of our differences through the strength of the time-stopping and racism-stopping story, opening our views towards vast global possibilities.

Born 1976 – Iran, Sara Rajaei is a video artist and film-maker based in Rotterdam.

In her work, she studies the notion of time in relation with the function of memory, narrative techniques, space and absence. Her artistic oeuvre consists mainly of short films and video installations, which remain in-between storytelling and imagery.

After her graduation from the Royal Academy of Art The Hague in 2002, Rajaei attended a 2-year residency at the Rijksakademie van Beeldende Kunsten Amsterdam.

sarajaei.com/ sarajaei@yahoo.com
Home / Izlozbe / SARA RAJAEI From an unknown destination to the rest of the world…